Green infrastructure has the ultimate, multi-functional assets – think how many services a tree or patch of grass provides! The new AILA position statement highlights green infrastructure’s many values, with the potential to fight climate change clearly deserving of more attention and investment.

In the release of Australian Institute of Landscape Architects’ Green Infrastructure Position Statement on 25 July 2019, the institute described green infrastructure (GI) as “the strategically planned networks of natural and semi-natural areas in urban and regional settlements that provide environmental, social and economic benefits to society”. AILA has confirmed its commitment to four areas of GI advocacy: promoting good governance, engaging with industry development, supporting community efforts and championing research. In all these areas landscape architects work to achieve positive change. But their skills can also help advocacy for GI in each of these areas through innovative visions that rethink and reposition the possibilities for planting in our cities.

With the threat of climate change comes appetite for radical, creative project ideas that are grounded in the discipline’s training and continue its history of successful city improvement. There are many good reasons for people to love trees and gardens and many examples of designing well with plants in cities. From the rise of interest in forest bathing, to institutional therapeutic landscapes such as the recently award-winning Bendigo Hospital Project, there is growing recognition of the diverse health benefits of living plants.

Towns and cities throughout history and across the world have long relied on parks and gardens to improve the living conditions of built environments but with limited investment in other types of green infrastructure. How do we reconsider the perhaps too self-evident values of urban green of the past? What new incentives and technologies will help us recast and revalue GI today? And what role can the design and implementation of GI play in addressing the multiple threats cities face from climate change?

“Many of our urban environmental and social problems require strategies and interventions that are multidisciplinary and collaborative” – Shaun Walsh, AILA president @AILANational

The City Beautiful movement aimed to redress physical decay and congestion in America’s industrial cities at the turn of the 20th century. The movement resulted in neatly filled urban public space with carefully managed trees for shade, visual delight and to satisfy civic pride. The legacy of this rationale lives on today in the expectations of many urban citizens in America, and in other countries, for a civic greenery of street trees and flowering planter boxes. Even though such an aesthetic-based planning paradigm may have failed to address more pressing practical planning problems for Australia, its principles remain influential. Substantial street trees are still a desirable symbol of prestige and a positive influence on property prices.

However, the signature planting of regularly spaced, non-native, single-species, street trees offers limited biomass and biodiversity value. More benefits are available by considering the arguments made by permaculture and looking at urban silviculture or urban forests, indigenous urban ecologies and other integrated systems as part of the potential distribution of GI in today’s city. Such multifaceted approaches present more opportunities (and challenges) that include working with greater density, the availability of native and indigenous species and species mixes, use of food plants and new hybrids, along with an ever-shifting planning and policy environment. As AILA President Shaun Walsh explained, “Many of our urban environmental and social problems require strategies and interventions that are multidisciplinary and collaborative; crossing jurisdictional boundaries and involving a broad range of stakeholders.” 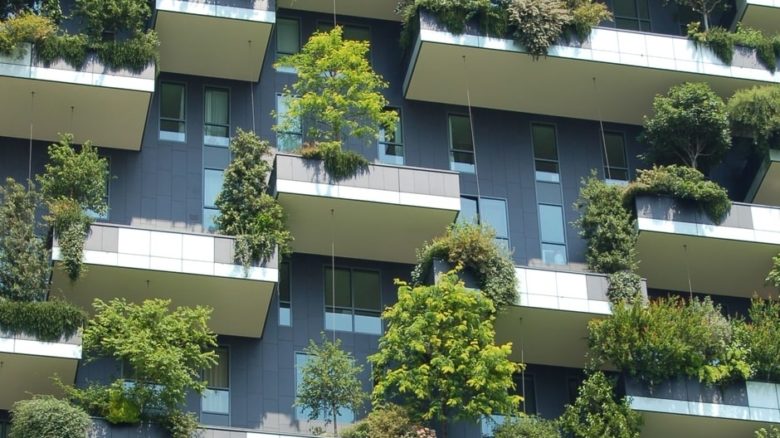 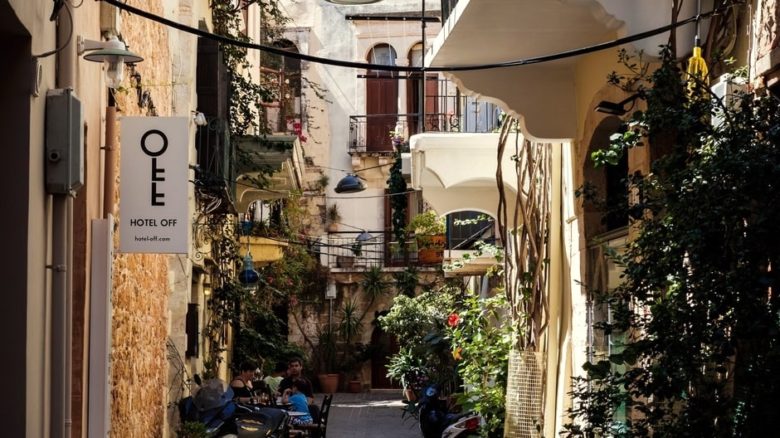 The green infrastructure of traditional potted plants in the narrow laneways and on balconies of a medium-density Greek town. Photo: Matthieu Oger

While Australia’s federal politicians are being encouraged to invest more in infrastructure, the predominant investment in roads singularly fails to address our most pressing concern: impacts from climate change. Compensating for this lack, local governments are leading the way in declaring a climate emergency and addressing local impacts of climate change. Their mandate to deliver a local response has turned attention to the ‘soft’ assets of social and green infrastructures and their interrelation. (Indeed, the shift occurring toward the concept of socioecology recognises the intersection of green and social space, managed with a deliberate integration of social and biophysical sciences that breaks down silos in governance and management, market-based solutions and green infrastructure values.)

For governments, the ability to quantify costs and benefits is an important feature of contemporary GI discussions. Ian Shears of the City of Melbourne looks to precedents in the world’s major cities for how his local government will tackle green infrastructure investment, noting that New York calculated that for every dollar they invested in their urban forests they got a return of $5.60. The benefits provided by London’s trees to residents were recently valued at £130m a year. AILA’s commitment to champion research into spatial and statistical data is part of their position statement. Demonstrating GI performance through well-researched metrics will help to build stronger policy and persuade more investment.

The ecosystem services provided by green infrastructure enhance quality of life as well as improve the performance of a range of other service infrastructures including energy, transport, water and waste. Planting moderates temperatures and lowers energy use and energy infrastructure loads. Pleasant, cooler environments change transport use with more walking and cycling which reduces pressure on road and rail infrastructure. Because GI lowers temperatures, improves soil moisture retention, and mitigates pollution and dust spread, it reduces piped water use for irrigation, cleaning and general home use. As the AILA notes, constructed wetlands are now common features of water supply infrastructure. Planted wetlands retain stormwater, reduce erosive run-off and improve water quality by acting as a filtration system. If there is one service infrastructure where GI increases loads, it is telecommunications as more people express their love for trees!

Of all the benefits of GI, however, the biggest in scope and importance is carbon capture

Of all the benefits of GI, however, the biggest in scope and importance is carbon capture. Forests are a vital carbon store. U.S. forests currently serve as a carbon ‘sink’, offsetting approximately 13 percent of national emissions from burning fossil fuels.

A huge concern regarding deforestation is its impact on climate change, along with loss of biodiversity (including critically endangered species), land destabilisation and forced relocation of indigenous peoples, the overriding fear for many regarding vegetation loss. Accelerated rates of loss of the Amazon rainforest were reported this month, with an area the size of a football pitch now being cleared every minute, according to satellite data. The government of Brazil’s far-right President Bolsonaro is reported to be responsible for the unprecedented loss of nearly half a billion trees in the past year, prompting global petitions to protect the rainforest. This year in Australia 300 scientists declared a land clearing ‘crisis’ with accelerated clearing in Queensland largely responsible for making Australia a global deforestation hotspot. It is not just remote or ancient forests that are losing vegetation. Cities too are losing green to housing infill, ‘greenfield’ suburban development, and particularly road and transport upgrades.

There is hope with some plans for revegetation, including claims that urban forests can store almost as much carbon as tropical rainforest. Recent calls for Sydney to be managed as an urban forest follow on from last year’s announcement by the Berejiklian government to plant five million trees by 2030. The City of Melbourne has had a long commitment to its trees, understanding its ageing Urban Forest GI assets and committing to replacement and new planting. In July it announced a plan to have the world’s most extensive urban forest by 2050. New research reported in June has also suggested that tree planting may be the cheapest and most effective tool against global warming with scientists making the first calculations of how many trees could be planted and where. 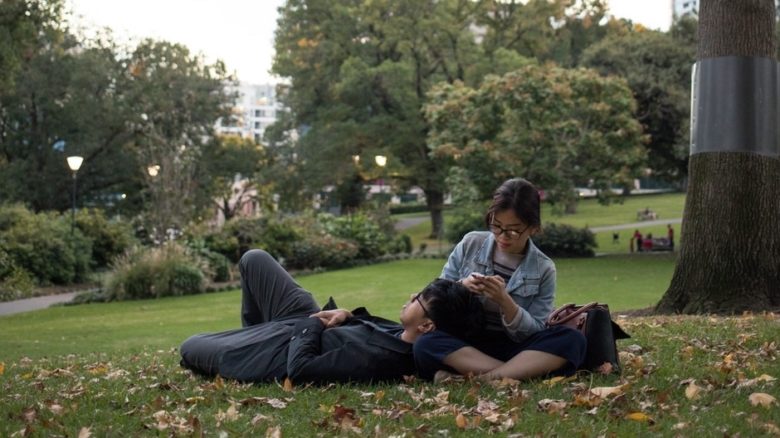 Impressively, the efforts of volunteers and community groups around the globe are having an impact on the ground. Millions of trees and other vegetation are planted regularly by volunteers. Records have been set and broken, for example in 2014 3.2 million seedlings were sown in an hour in the Philippines, in 2016 50 million trees were planted in one day in India and 66 million the following year, in 12 hours. In Ecuador in May 2019, a world record was set for reforestation and diversity of species planting by volunteers. In Australia there are many volunteer and community initiatives also working on revegetation. A staunch advocate of the value of street trees, Libby Gallagher launched the  award-winning Cool Streets in Sydney three years ago. Vision 202020 is also a major collaborative effort comprising 28 projects to make Australia’s urban areas 20 percent greener by 2020.

Trees aren’t the only green infrastructure

Trees are just one form of ‘green’ in the mix of possibilities for urban environments. Other forms of urban planting have been trialed and are still undergoing experimentation. Meadows and flowering grasslands, green walls and roofs, experimental urban furniture and other structures have required new approaches to species selection and horticultural innovation as well as their growing media, watering and nutrition delivery systems.

Mosses, lichen and algae, which get their energy through photosynthesis, but don’t flower, take up huge amounts of carbon dioxide and nitrogen from the atmosphere. There are already experiments underway to utilise these life forms – cryptogams – for carbon capture. Sustainably produced sphagnum moss is being used commercially to maintain and repair peatbogs that, if left to dry out, could release massive amounts of carbon. It is estimated that the world’s peatbogs store up to 455 gigatonnes of carbon, or the equivalent of the total yearly C02 output of 438,038 coal-fired power stations. The moss could have urban applications.

Algae is being experimented with as a building material, in architectural forms that include glass panels impregnated with micro-algae and a ‘living curtain’ of micro-algae that can be fitted over buildings. Daan Roosegaarde of Studio Roosegaarde who presented this year as part of the Toxic City forum in Melbourne, spent over two years nurturing their bioluminescent algae population to experiment with its use as a source of natural light.

Algae is also part of the under-appreciated micro-flora and fauna of healthy, carbon-fixing soils. The amount of carbon found in living plants and animals is comparatively small relative to that found in soil (560 gigatonne). The soil carbon pool is approximately 3.1 times larger than the atmospheric pool of 800 gigatonne. Only the ocean has a larger carbon pool. The first field trials using micro-fungi to reduce carbon in the atmosphere are under way now in Australia with farmers looking at the benefits to their production and to the planet. Soil carbon credits are part of a growing series of mechanisms to recognise and encourage farmers and landholders to sequester soil carbon under pasture, crops, horticultural or mixed farming systems. These vegetation systems have potential application to urban environments too.

Tree planting, including improved location planning, species selection and planting techniques will remain a core weapon in the urban fight against climate change impacts. However the opportunities for exploring and exploiting the many other assets of green infrastructure pose an exciting challenge to the creativity of landscape architects and our cities.