In the fight against coronavirus, how can we achieve physical distancing without the social isolation that seemingly goes along with it? The answer to this COVID-19 conundrum might lie in some very old-fashioned civic amenity: public open space.

‘Social distancing’ is a key requirement in dealing with the health crisis of COVID-19. But it is poorly defined and misleading. The World Health Organisation has advised using a term that better reflects what is actually meant: physical distancing. The elderly and ill are a high-risk group but they are also vulnerable to depression and debilitating isolation. To feel further socially separated from family and friends can also have serious health consequences. Access to nature can help mitigate this.

The healing qualities of landscape are well known. The renowned cancer charity Maggie’s makes a point of integrating gardens and outdoor space into all of their centres. Canadian doctors have urged parents to get outside and go for a walk with their children but avoid playgrounds. At this time of great anxiety, confusion and uncertainty, we should soberly consider the value of public open spaces and how best to make good use of them. In Melbourne, Victoria, parks are still open but a lack of adherence to social distancing could see harsher rules in place. Image: Gabriel Garcia Marengo. 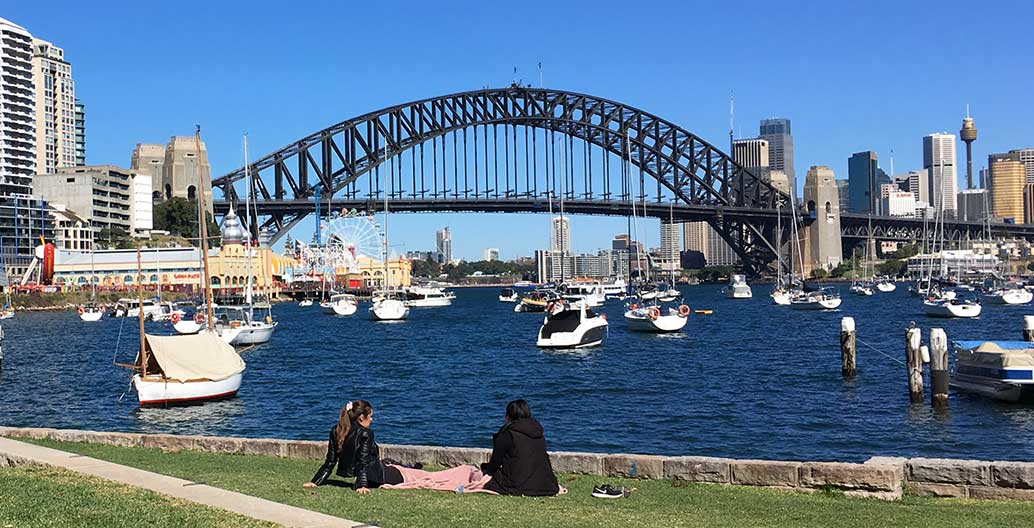 Experts recommend staying home unless absolutely necessary, and if you do go outside, keep 1.5m away from each other. Image: Philip Terry Graham 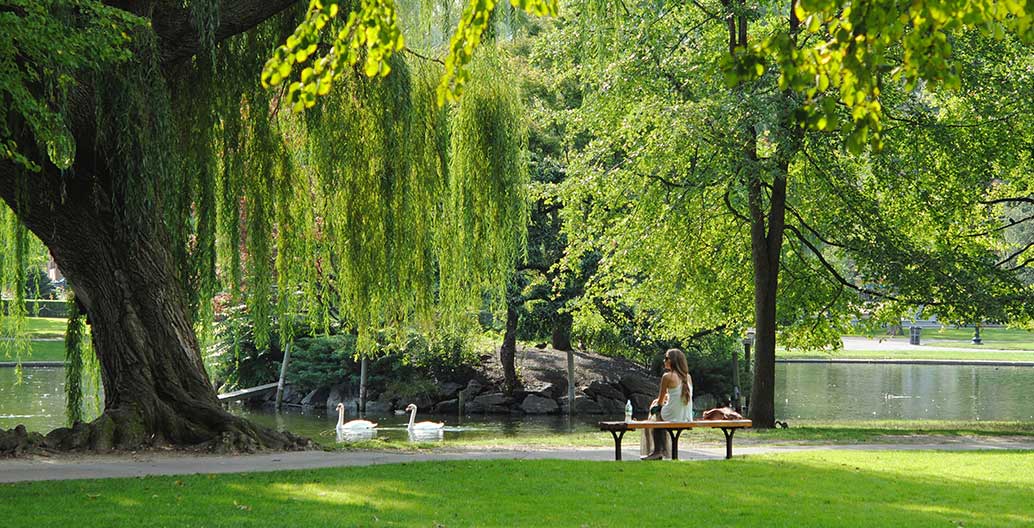 The benefits of public open space for our mental and physical health are even more evident during a pandemic. Image: Josephine Baran.

Organisations of all sorts are cancelling events and moving meetings, get-togethers, classes, concerts and even funerals online. The problem is human proximity. It’s quite easy to keep a good distance in a national park and even along Australia’s many beachfronts. The trails of Adelaide’s surrounding parklands, minutes from the city centre, can typically be enjoyed without encountering another soul closer than several meters for more than a few seconds in passing — if you must keep to the path. And beyond the clear potential for enjoyable solitary rambling, public open spaces could be sources of rediscovered — and still physically distanced — urban sociability.

A parody Twitter account of New York City Mayor Bill de Blasio announced the closure of city streets, something which the real Mayor did partially last December to help holiday crowds enjoy the festive urban atmosphere. The ‘Competent Mayor Bill de Blasio’ account announced on Saturday that “The weather is getting nicer and New Yorkers will need to get outside for exercise and mental health during the COVID-19 pandemic. To allow that while self-isolating, we will be closing many streets to cars. Our goal is a car free street within 4 blocks of every New Yorker.”

Reminiscent of the 1985 weekend that saw Melbourne’s Swanston Street greened for Victoria’s 150th birthday celebrations, many commentators on the Good Mayor’s tweet thought it an excellent idea, even when it was pointed out that this was not a real proposition.

In other visionary reclaiming of city streets, the award-winning short film Skateboarding In A Global Pandemic has just “imagined a bizarro Los Angeles where traffic and pedestrians were non-existent”.

“Since the COVID-19 situation has changed rapidly over the past 1-2 weeks and people are now seriously avoiding public transport, there seem to be many more people riding bikes around Melbourne,” Mallis explains. Recognising that new cyclists may not know that Google Maps is no help for them, he is offering his services. London’s health care workers have been given free access to the city’s share bike scheme to help them get safely to work.

In Italy, with a rapidly rising infection rate and death toll, the national health ministry closed all parks and public gardens from last Saturday. It has also banned jogging and bicycle rides, the only types of outdoor exercise that were allowed. Italian Mayors have been shown in streets reprimanding and chasing people from streets, albeit often in a condition of unclear specific rules and regulations.

“At this time of great anxiety, confusion and uncertainty, we should soberly consider the value of public open spaces and how best to make good use of them.”

Despite a government ban on large gatherings, crowds flocked to Sydney’s Bondi beach last Friday. While images of its sunbather-packed sands circulated around the world, authorities closed the beach and removed hundreds of people from there and other beaches on Saturday. People continued to visit the beaches on Sunday and lifesavers reporting being harassed while social media comments globally decried the seeming disregard of danger.

But perhaps it is not just that Australians see access to open space and beaches “as their inviolable birthright”. Canada is facing the same issues. Despite similar orders from health officials to avoid crowds, Vancouver’s popular seawall along Sunset Beach has been busy in the warm Spring weather of the past week. The Vancouver Park Board erected signs on beaches reminding people to spread out and suggesting visiting in off-peak hours, but to little avail. The city council is meeting today to pass new bylaws that would allow the city to enforce ‘significant’ penalties. Businesses already face fines of up to CA$50,000 if they do not make people stand at least two metres apart. 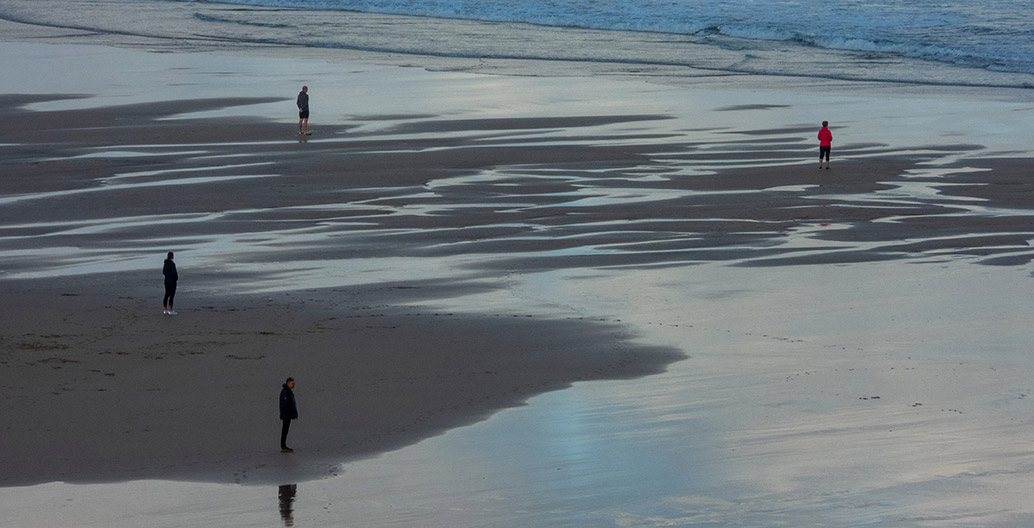 Social distancing, seen here on a British beach, has not been taken seriously by enough Australians. Image: Nick Fewings. 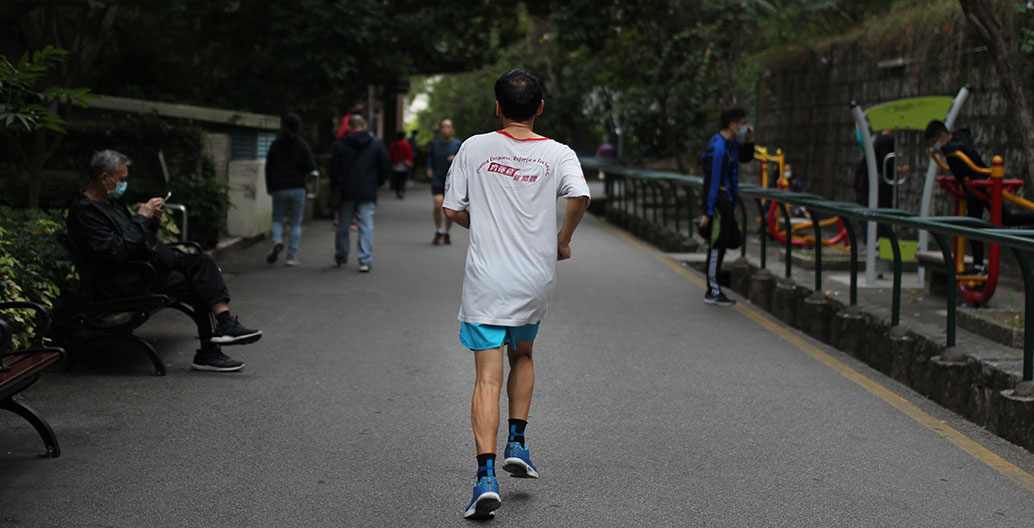 In Australia, botanic gardens and parks have issued updates to their operations. While outdoor spaces are open to the public, events have been cancelled and social media communications have stressed the need for social distancing. The Royal Botanic Gardens Victoria, with large sites at Melbourne and Cranbourne, recognises the benefits of gardens at this time. As its Facebook page announced, “With many people feeling anxious about the pandemic, the Gardens are a sanctuary for engaging with nature to reduce stress and experience calm.”

Adelaide Botanic Gardens similarly believes “that coming to a botanic garden and connecting with nature can have a calming effect in times of difficulty, and [hopes] the gardens will provide some respite for visitors in these uncertain times.” Along with physical distancing and cancellation of programs, they have detailed that additional cleaning of facilities will be undertaken and drinking fountains will be turned off.

National Parks in America have responded to the pandemic by recognising the value and safe use of many open spaces, while closing those parks and areas of parks that are typically crowded. Fees have been suspended in the parks that remain open to encourage visitation. In Australia, the decision was made to waive entry fees to Uluru-Kata Tjuta, Kakadu and Booderee National Parks for the remainder of the year. This was reported less as an initiative to encourage healthful outdoor activity, than as part of the Federal Government’s coronavirus tourism response plan. But Indigenous communities are fearful of the unconsidered effects of an outbreak in their vulnerable communities. State parks in Victoria have closed popular visitor centres, programs and key tourist sites, while otherwise largely remaining open.

There is general acknowledgement of the vital need for outdoor exercise and exposure to nature for health and wellbeing. A pandemic could be the perfect time to discover — or rediscover — the riches of open spaces. However, the fear of virus transmission between humans, and lack of adherence to maintaining physical distance, is driving authorities toward total lockdown.