After the Griffins: reclaiming Canberra’s streets for people

Two vastly different projects recognised by the 2018 AILA ACT Awards demonstrate the possibilities for re-imagining the legacy of the Griffins’ plan for Canberra and put people back in the centre of the street.

Over a hundred years after Walter Burley Griffin and Marion Mahony Griffin’s competition-winning plan for Canberra, Australia’s capital stands as one of the most significant fully designed cities in the world. It’s a status that has proven to be both a promise and a curse, with the original vision eroded by an engineering-led approach to the design and planning of streets.
In their issue paper, Streets for Community, Tait Network explore the challenges facing the expansion of Canberra’s streets, while Jane Irwin Landscape Architecture has brought together a decade-long project to upgrade Constitution Avenue. The 2018 AILA ACT Awards have recognised these two, vastly different projects and their attempts to re-imagine Griffins’ ambition to put people back in the street and overthrow the car-centric view of how cities are imagined and built.

Streets for community: places to be, walk, cycle & drive

Commissioned by the ACT Government’s Land Development Agency, Tait Network’s issues paper sought to understand why it had become so difficult to deliver successful streets in some of the newer areas of Canberra. Rather than positioning themselves as omnipresent experts, the multi-disciplinary practice sought to form a consensus drawn from 35 agencies working to influence, conceive and build Canberra’s extensive street network. The practice, lead by Obelia Tait, embarked on a series of interviews across the various agencies in an effort to articulate the key challenges to delivering streets that “better reflect the types of streets that communities would like to see in their suburbs,” says Tait.

Confidentiality was key to this process, ensuring the project could truly understand the elements found in successful streets and the barriers to creating them in order to propose alternative typologies to the existing engineer-driven standards commonly found in planning codes. “Consultants may not want to criticise their client sitting in the same room, or people may not feel able to speak openly about what they perceive to be the issues.”
Key themes emerged and formed the basis for the solutions proposed in Streets for Community. “Our sense of what was happening was replicated across the industry. Even people who you might blame for some of the challenges were frustrated – a lot of the issues were systemic.” 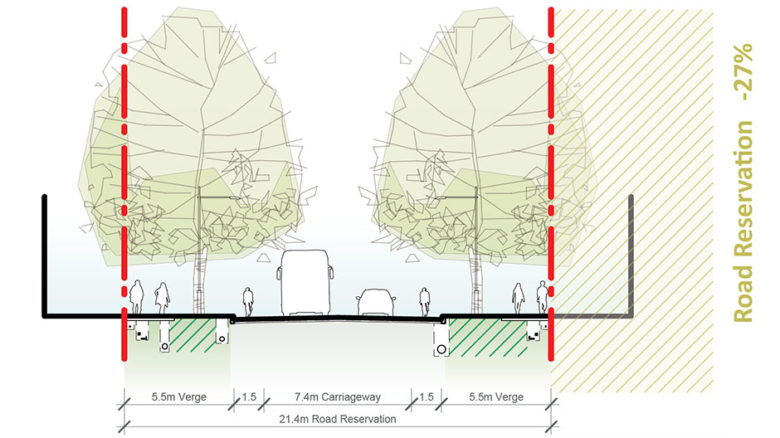 A key issue for Tait was moving beyond a silo mentality, where various groups focus on their own assets in isolation from the street as a whole, and get everyone to think collectively.
“We need to ask ‘what does the community want the streets of their suburb and their city to be like?’ If we put that vision at the centre of the process and work together to deliver that, then you end up with very different outcomes,” she says.
Having interrogated the main barriers to creating ‘good streets’, Streets for Communities proposes alternatives to the standard road typologies. The hard work of building consensus and shifting entrenched attitudes to how streets should be built, made proposing such solutions seem almost effortless. Tait says the Tait Network were helped in part by Canberra’s good bone structure, with its early street design often cited by project participants as exemplars of good design:
“There’s so much capacity in our streets to bring them back to life and reimagine them as they should be. You can always rip up bitumen and put something else down. You can always replant trees, and you can rearrange the servicing in there.”

“Start with a vision”

“As the city gets denser and people live in more urban environments, streets become important places in which to enjoy communal life,” says Tait. But first, she continues, we need to empower local communities to take ownership of their streets and build a vision for what they want them to be. “Until we know that, how can we deliver it, and how can we assess whether we’re doing it right or not?”
The issues paper identified the need to move towards performance-based codes, a shift already occurring in building assessments, but not happening as much in the public realm. “We have the same rule book, but no-one’s moving beyond just ticking boxes and interrogating design proposals to make sure we get good outcomes.”
If this all sounds too esoteric for a society that measures success in dollar terms, Tait Network identified another imperative for shifting to the alternative street typologies identified in the paper: a cost benefit analysis undertaken alongside the proposed typologies identified huge economic savings. “Across a typical greenfield estate, we’re talking $13 million. So when there are pressures on maintenance, we need to step back and think about what we can do differently and be mindful of the health, emotional and sustainability benefits as well.”

“Even people who you might blame for some of the challenges were frustrated – a lot of the issues [with Canberra’s street planning] were systemic” – Obelia Tait, Tait Network

“People are the life of the street. It’s not the furniture, or the colour of the pavement. People make the life,” says Jane Irwin, principal of Jane Irwin Landscape Architecture. It’s a philosophy that drove the upgrades of Constitution Avenue, a decade in the making and a continuing work in progress.
The deeply collaborative, yet “unapologetically” landscape architecture-centred approach to the Constitution Avenue upgrade sought to engage with the Griffins’ vision for a highly cosmopolitan street system, while also innovating with Canberra’s distinct high street  local character and function. From the philosophical “reclaiming the pedestrian” to engineering interventions and fine-grain details of material selection and landscape treatments, Constitution Avenue is an example of how to challenge existing car-centric conditions, a provocation that “sought to establish a character of pedestrian primacy”.
Putting pedestrians first in a famously car-dominated city conjures all manner of battles. While some engineers may remain reluctant to shift established ideas and reduce the level of traffic service, Irwin says that attitude is changing. “The ACT Road Transport Authority can see the value of an urban design approach, because it balances out so many factors. We’re making a place to be in, not go through.”
Seen this way from the pedestrian’s perspective, the idea of the street immediately changes. While the Griffin legacy, which Irwin worked to honour from the outset, provides major connecting streets and beautiful avenues, between all that is a finer grain, says Irwin, which “contributes to a sense of a much more complete public domain network. Those different scales allow people to enjoy streets in different ways.”
Irwin looks to the recently established Urban Renewal Authority’s role in championing the pedestrian. “It’s really important not to have to fight to get things done. Canberra’s becoming a much more urban city in its heart and it needs all of the standards and the like to back that up.” 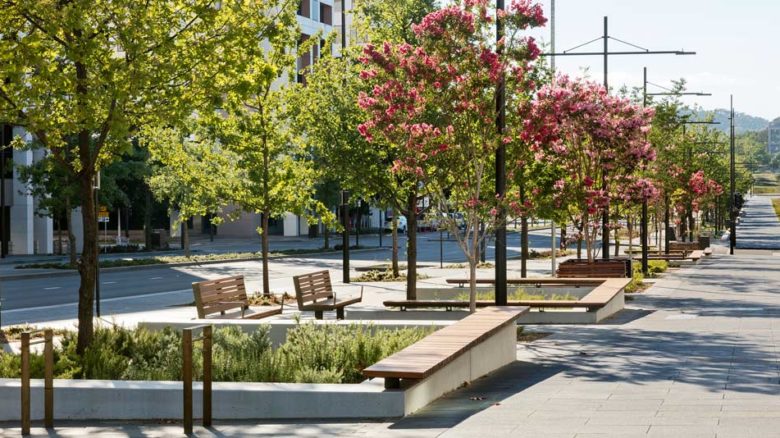 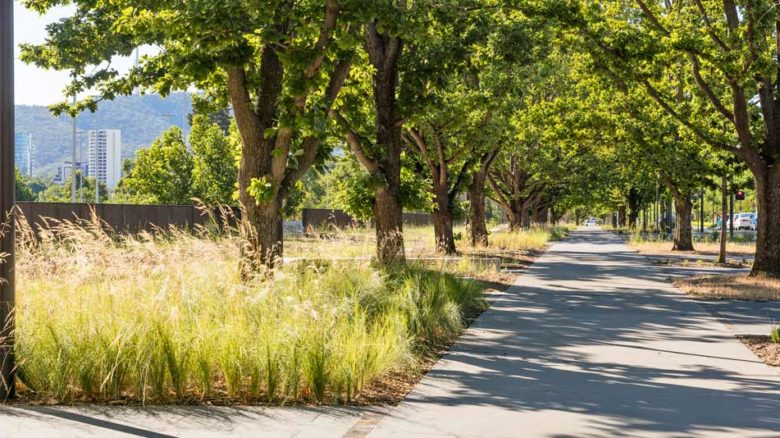 Key to Constitution Avenue’s design is a sense of transition as you move along the street. “That part of the city is in flux at the moment, those areas are being planned and it’s increasing in density. Our design in part came from understanding the intensity and type of use that the developing city would generate,” says Irwin.
The most intensively used areas, between Coranderrk Street and City Hill park, were the focus for pedestrianisation, “places that are pedestrian-scaled and have flexibility around how they could be used.” This is Griffin’s strong framework made more intimate, for people to “inhabit and make life in,” says Irwin. “There’s only so much you can design. It’s about making it work structurally and spatially and not be too predictive about what’s going to happen in that space.”
And while it may take another decade for Constitution Avenue to be fully upgraded, for Irwin it has been a worthy undertaking and testament to her interest in the street as a major framing element of the public domain. “I think streets get a bad rap sometimes, when they’re just seen as a conduit from one place to another. But people use streets more than anything else, so we have to give them the same design consideration that we do with other parts of the public domain.”
Not to be confused with being overly design-focussed, or fussing over furniture, for Irwin good street design is about much more than decoration. “Getting them right is primarily about balancing use, thinking about the way people occupy places and spatial design because streets can be really strong linear rooms. It’s that level of thinking that will make places enduring and flexible.”

“People use streets more than anything else, so we have to give them the same design consideration that we do with other parts of the public domain.” – Jane Irwin, Jane Irwin Landscape Architecture

Both projects were winners at the 2018 AILA ACT Awards, announced on 7 June. Tait Network were recognised for Research, Policy and Communications, while Jane Irwin Landscape Architecture received and award for excellence in Civic Landscape. Such awards are testament to both practices’ commitment to  thoughtful and intelligent processes that honour the legacy that they have to work with.
“The Griffins’ legacy in Canberra is one of its great strengths. If you go back to their ideas about what streets should be, there’s so much there that we can learn from and reintroduce. It’s fascinating to walk through the urban fabric of Canberra and see these original corridors and think about what they were expecting to go in, and how we can reimagine it to make it relevant to today, and tomorrow, more importantly,” says Tait. 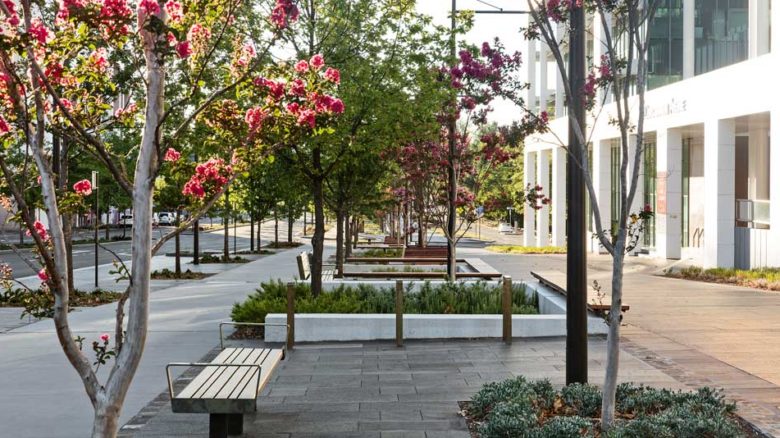 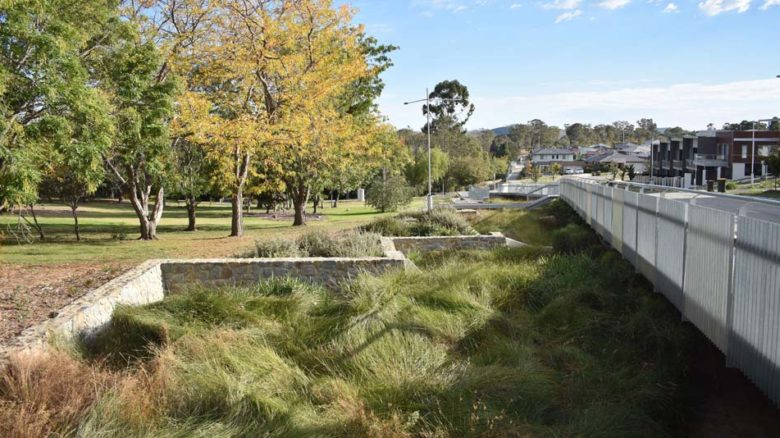 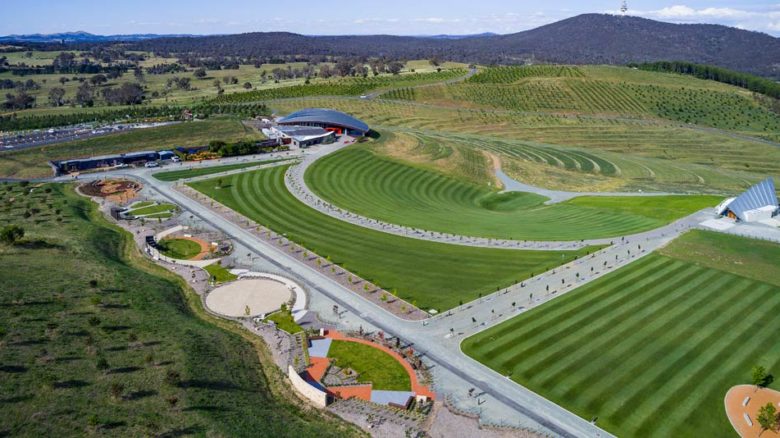 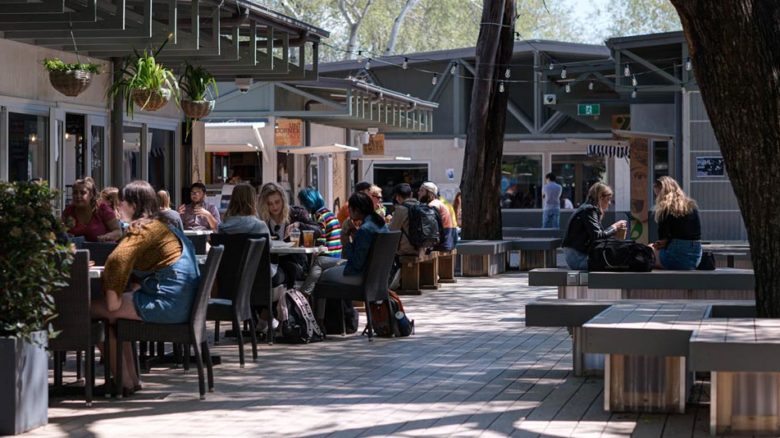 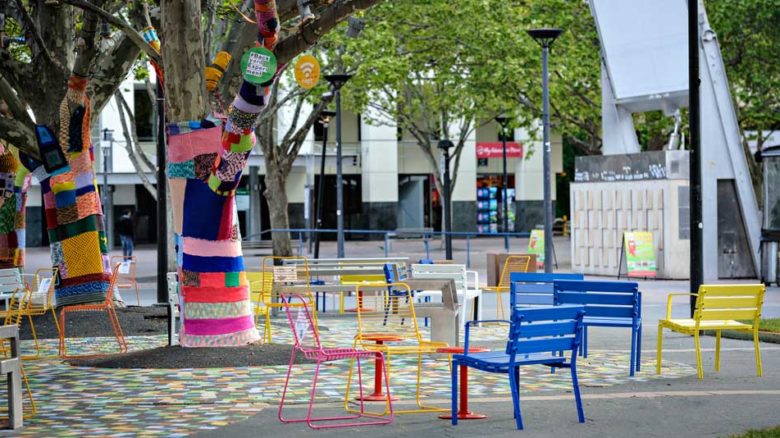 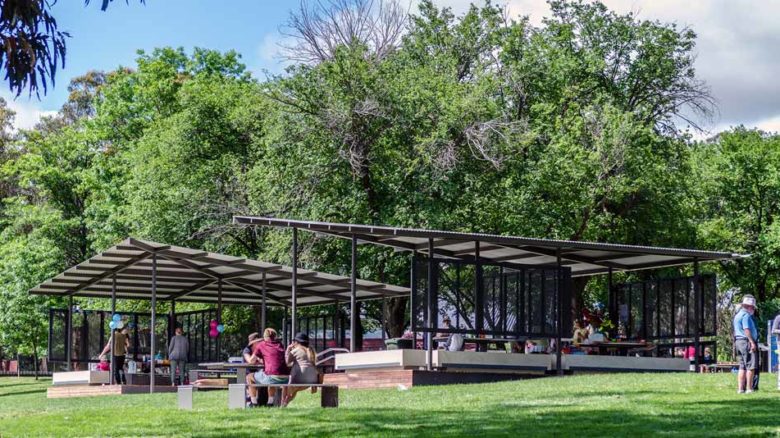