The city-as-palimpsest: A primer on ‘psychogeography’

When people traverse cities, they also walk over the multitude of psychological experiences of a place – spanning trauma, ecstasy, and more. But how exactly does ‘psychogeography’ inform your sense of a city?

Psychogeography, as the term suggests, is the intersection of psychology and geography. It focuses on our psychological experiences of the city, and reveals or illuminates forgotten, discarded, or marginalised aspects of the urban environment.

Both the theory and practice of psychogeography have been around since 1955, when French theorist Guy Debord coined the term. While it emerged from the Situationist International movement in France, the practice has far-reaching implications. It’s relevant, for instance, in contemporary Sydney.

Psychogeographers advocate the act of becoming lost in the city. This is done through the dérive, or “drift”.

Because purposeful walking has an agenda, we do not adequately absorb certain aspects of the urban world. This is why the drift is essential to psychogeography; it better connects walkers to the city.

Psychogeographers idolise the flâneur, a figure conceived in Nineteenth Century France by Charles Baudelaire and popularised in academia by Walter Benjamin in the Twentieth Century. A romantic stroller, the flâneur wandered about the streets, with no clear purpose other than to wander.

In his 2013 Paris Review article, ‘In Praise of the Flâneur’, Bijan Stephen observes that the use of the flâneur “as a vehicle for the examination of the conditions of modernity” fell out of favour in the ensuing decades. Stephen poses the question:

But as we grow inexorably busier – due in large part to the influence of technology – might flânerie be due for a revival? 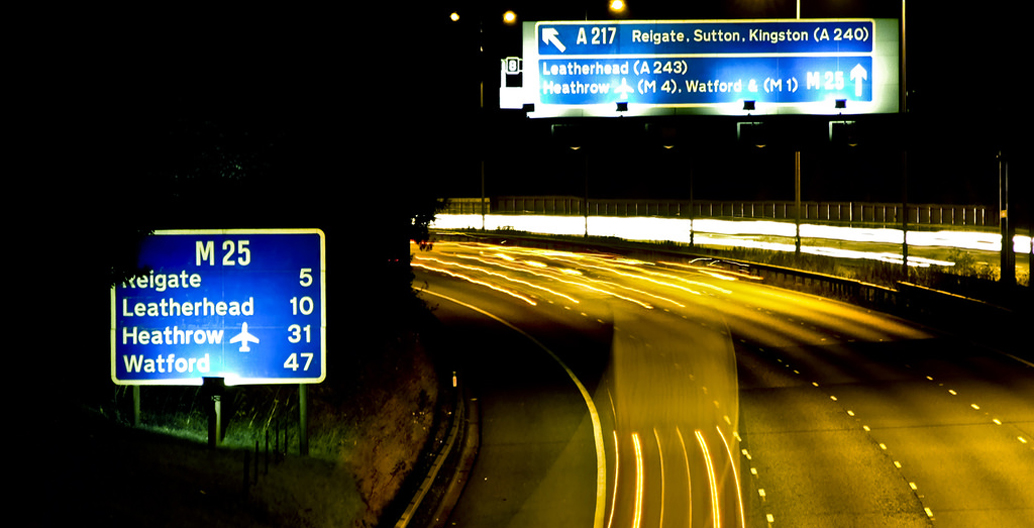 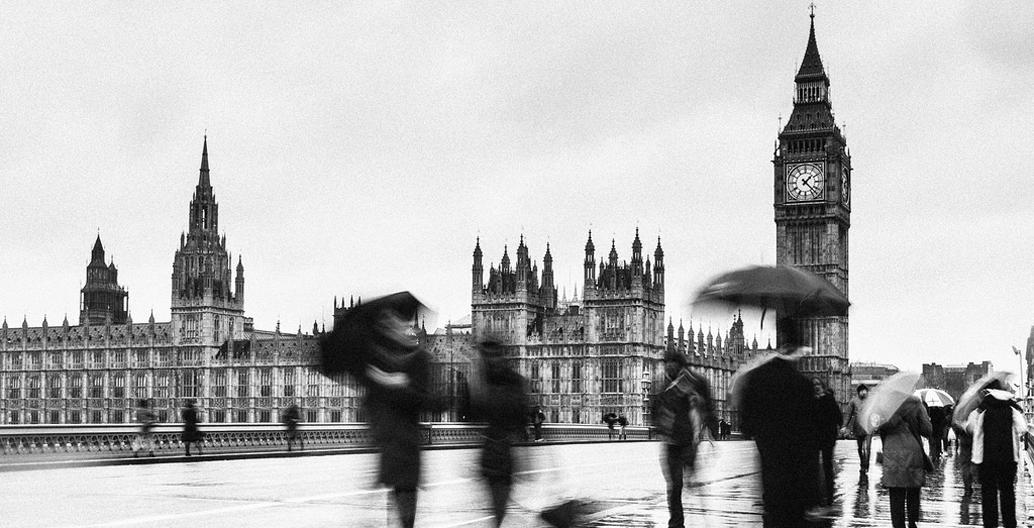 Someone's psychogeographic reading of this classic London scene could be wildly different to the next person's. 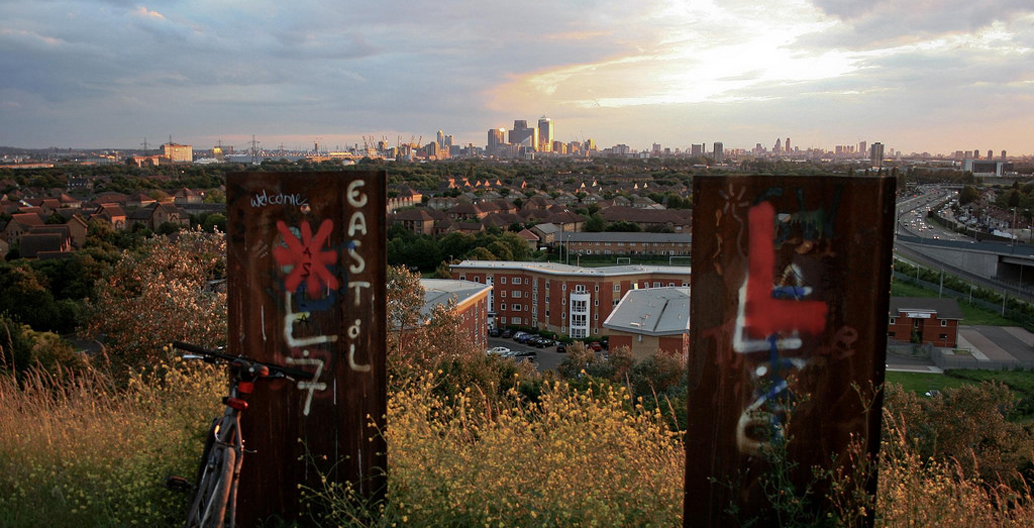 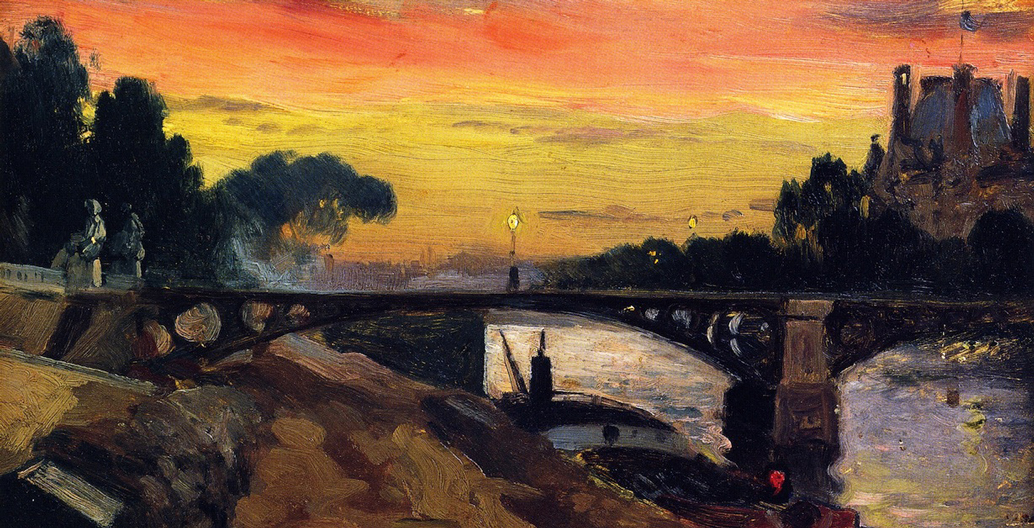 Walking as an act of insurgency

The revival had already begun, thanks to popular contemporary psychogeographers, notably Iain Sinclair and Will Self (whose book Psychogeography was published ten years ago).

In his book London Orbital, Iain Sinclair describes a walk around the M25 and the “unloved outskirts of the city”. He observes:

“I had to walk around London’s orbital motorway; not on it, but within what the Highways Agency calls the ‘acoustic footprints’. The soundstream. Road has replaced river. The M25 does the job of the weary Thames, shifting contraband, legal and illegal cargoes, offering a picturesque backdrop to piracy of every stamp.”

Sinclair describes his walk as having a “ritual purpose” to “exorcise the unthinking malignancy of the Dome, to celebrate the sprawl of London”. He also describes walking as a virtue.

Self sees walking as “a means of dissolving the mechanised matrix which compresses the space-time continuum”. He describes the solitary walker as “an insurgent against the contemporary world, an ambulatory time traveller”.

Psychogeography is therefore useful in showing that walking is not only an art form in itself. It is also crucial in understanding the complication between the histories and myths of urban landscapes.

Sydney is already notable for being a walking city, and certain people are eager to explore its psychogeographical potential.

In her wanderings around places such as St Peters, Tempe, Leichhardt, Sydenham and Hornsby, her practice of psychogeography “re-enchants” places that, she says, “are overlooked or not usually subjects for attention”:

Some of the Sydney places I have most enjoyed writing [about] are ones from the recent past that have now fallen into disuse or disrepair, but are still present in the urban environment.

Psychogeography has other uses besides drifting or re-enchanting marginalised spaces. It has a historical use as well. In cases where the landscape has been affected by crime or suffering, psychogeographic readings are especially poignant.

David Brown, of UNSW, for example, provides a psychogeographic reading of a walk from Maroubra Beach to Bondi and its criminal history. Walking to Marks Park in Bondi, the scene of a series of homophobic attacks in the 1980s, which went largely unsolved, Brown observes:

The everyday acts of walking and talking while passing through a ‘landscape’ serve to constitute a criminology of everyday life, illustrating the way in which a consciousness of crime, crime sites, analyses and theories permeates the ways a ‘tourist trail’ might be experienced and seen, myths made and histories forged.

The fact that the park sits near the Sculptures by the Sea – a much-hyped tourist destination in Bondi since 1997 – is significant; it seems to trivialise the brutal history of the area, a history written over and unnoticed by tourists, and forgotten by locals.

In cases where a city has been affected by crime or suffering, psychogeographic readings are especially poignant 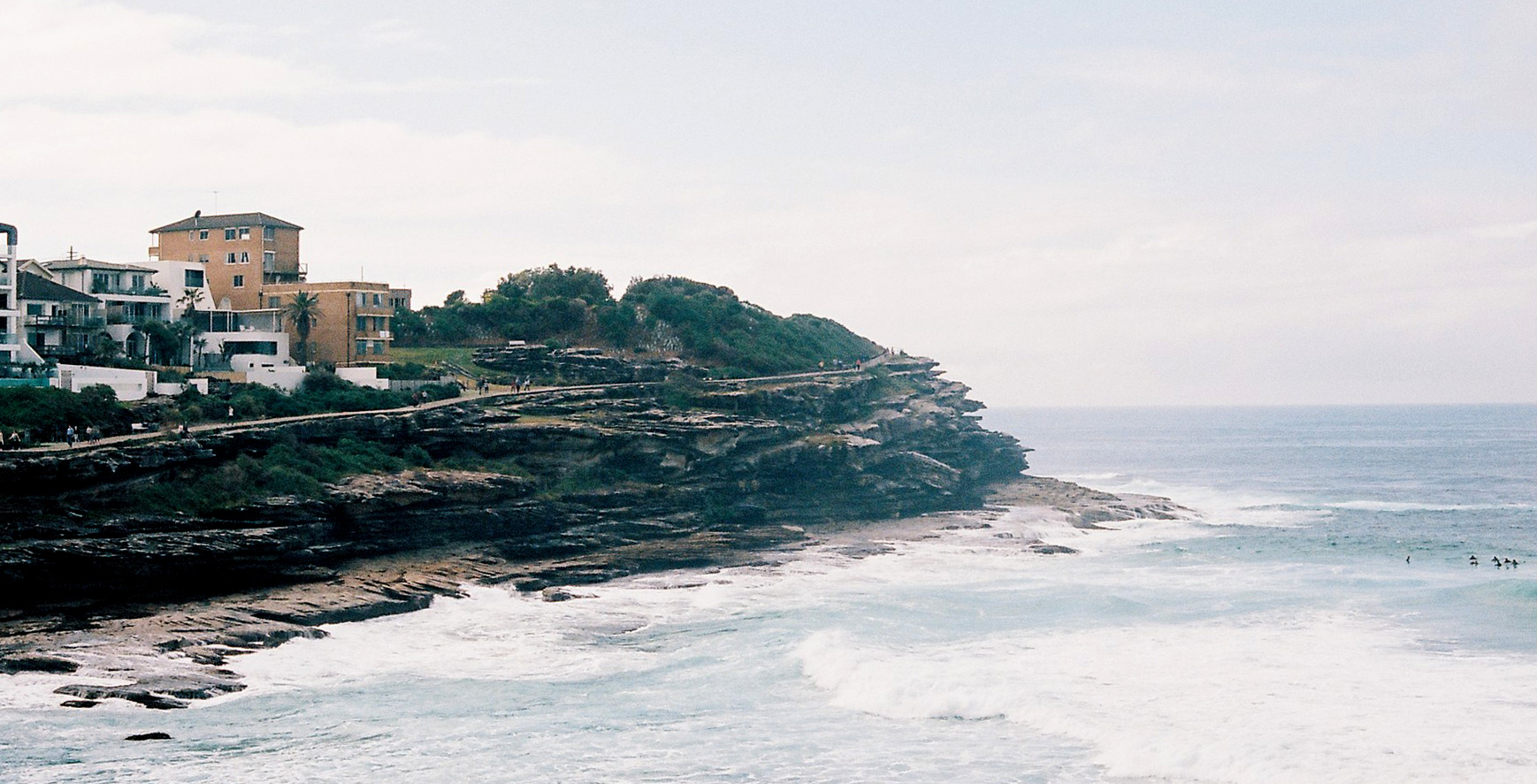 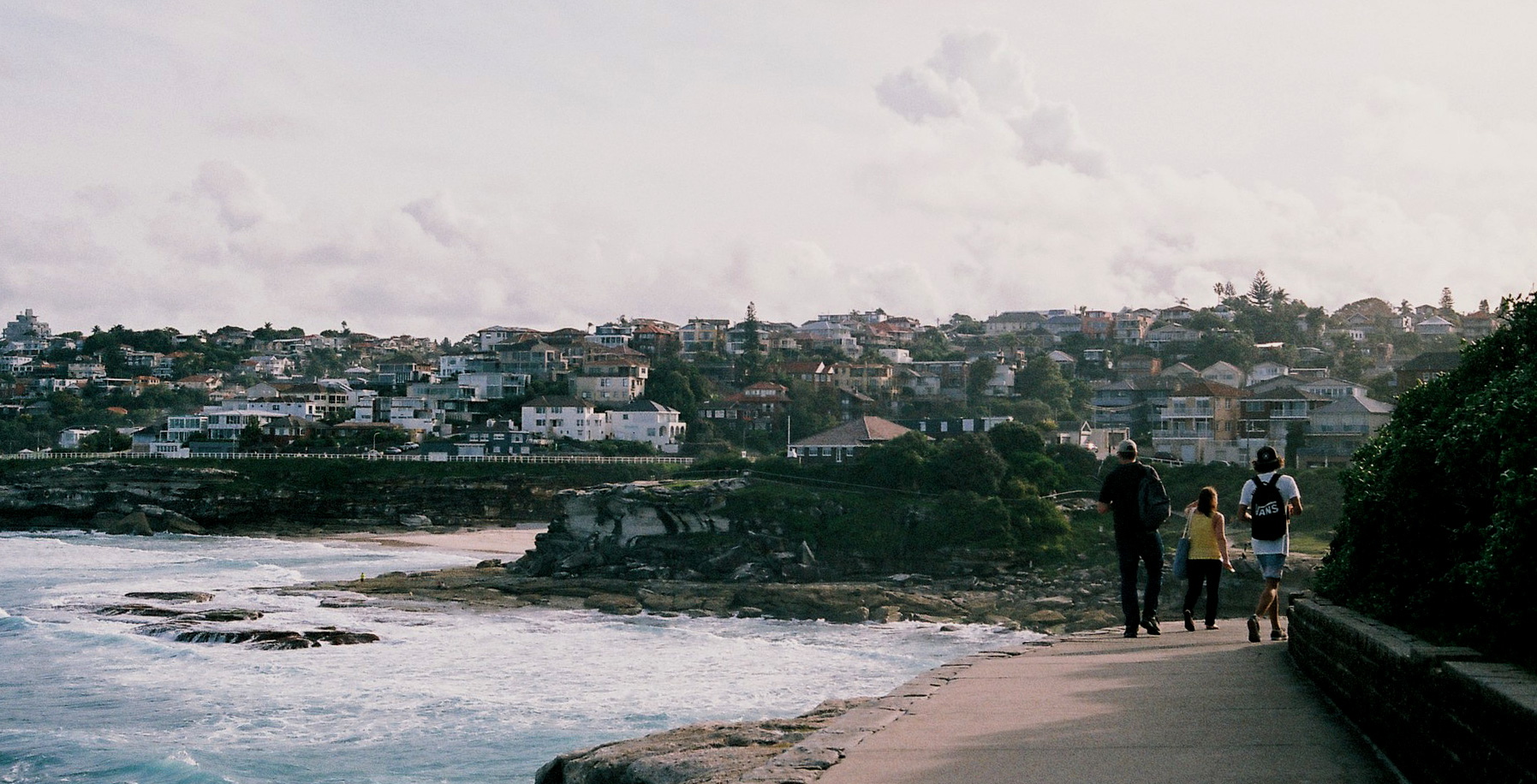 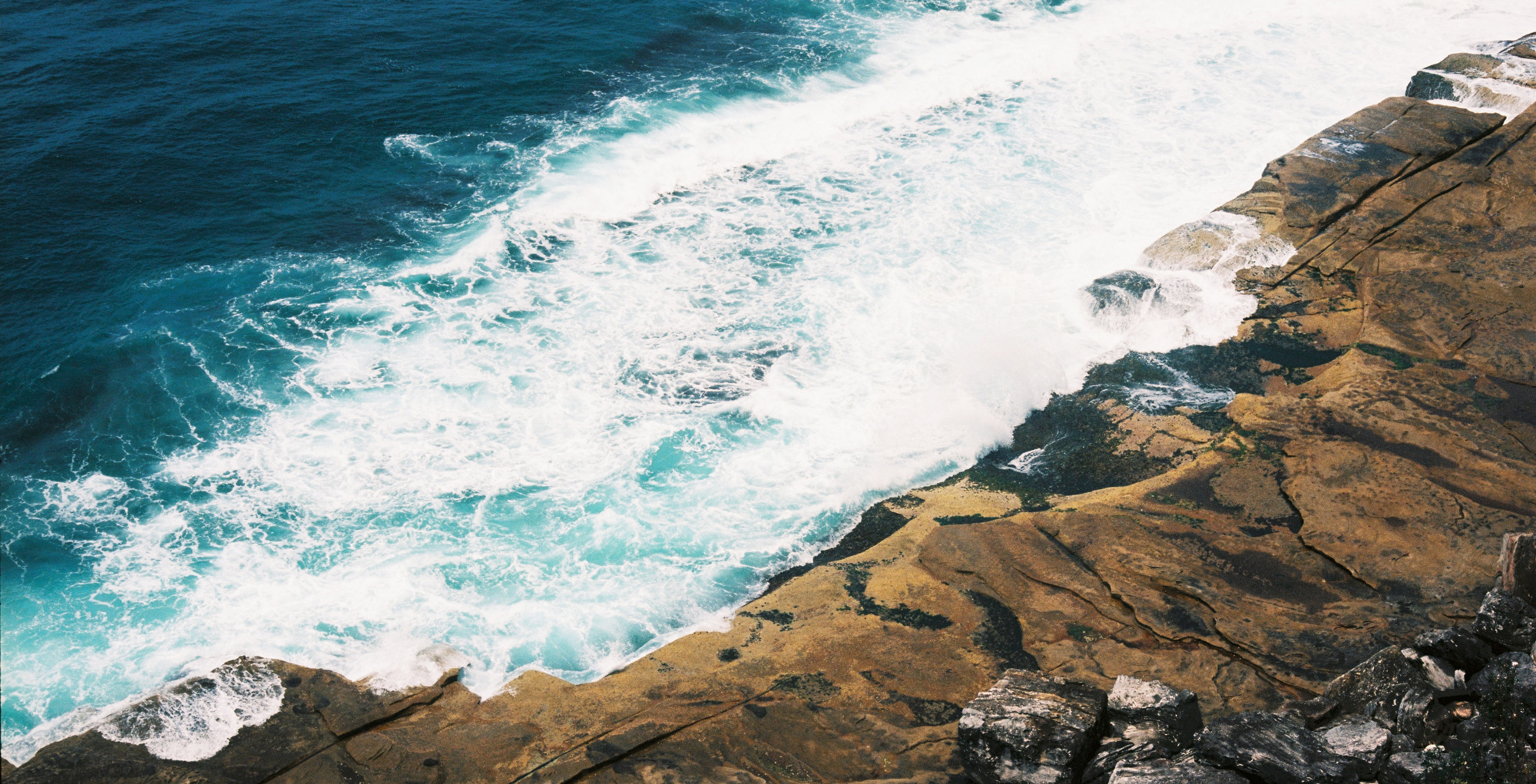 A cliff-drop near North Head, Sydney saw gay men beaten and thrown off to their deaths.

University of Melbourne Professor Maria Tumarkin describes this in terms of “traumascapes”. A traumascape is a “distinctive category of places transformed physically and psychically by suffering, part of a scar tissue that stretches across the world”.

Similarly, Sinclair talks of what he calls “Obscenery”, a neologism referring to negative transitions in the urban landscape. He uses it in reference to a garbage heap that became reconstructed as a recreational space, known as Beckton Alps. The fact that visitors did not know they were standing on a previous garbage waste site fascinated Sinclair.

The transition of a space from one use to another undergirds much of psychogeography’s preoccupation; the notion of a palimpsest – an object or piece of writing with new material superimposed over earlier writings – is particularly important.

In his book Present Pasts: Urban Palimpsests and the Politics of Memory, Andreas Huyssen discusses the increasing phenomenon of selective memory in cities that confronted trauma (Berlin, New York, etc).

He talks specifically of “Berlin as palimpsest”. He sees Berlin as a “disparate city-text that is being rewritten while earlier texts are preserved, traces restored, erasures documented”. He describes the city as a text haunted by its past and present negotiations with its Nazi and Communist history.

This is what makes psychogeography a particularly useful critique beyond mere urban re-enchantment. Psychogeography thrives as an interrogation of space and history; it compels us to abandon – at least temporarily – our ordinary conceptions of the face value of a location, so that we may question its mercurial history.