Governments in Australia are spending big on road infrastructure, but that doesn’t have to lead to less public transport.

The past few months of elections in Victoria and New South Wales, conducted under the long shadow of the impending Federal poll, have kept the issue of transport in the public spotlight. The Victorian election had been focused on several mega toll roads, high speed railways and the mammoth Suburban Rail Loop. In New South Wales, the electorate was also treated to several major rail projects, another Harbour Tunnel and a plethora of very big roads. The recent Federal budget proposals for a $100 billion 10-year infrastructure pipeline reinforced these major tropes around transport in Australian cities: the political preference for big road and rail projects aimed at beating the bogeyman of congestion caused by rapid population growth.

The justification for many of these projects can be found in lists of priority projects produced by Infrastructure Australia. The degree of congruence or otherwise between these lists and the projects favoured by governments has provided fodder for much expert commentary and party-political point-scoring alike. One effect of this is to reinforce the idea that these big projects are what really matter, be they road or rail, not so much the nature of the planning that produces them in the first place.

What challenges are set by extensive investments in roads? And how we might see roads in positive ways?

At least one expert commentator has argued that the focus on roads is inevitable because Australian cities have been built for cars and it is impossible to retrofit public transport. This represents a fairly pervasive view and one worth examining. What challenges are set by extensive investments in roads? And how we might see roads in positive ways?

What is most noticeable is that the focus on road-building relies on a dichotomy between roads and rail, where rail is the only public transport worthy of consideration while roads are for cars. Roads or Rail means cars or public transport. The argument goes: public transport, meaning rail, is impossible to retrofit because space hasn’t been allowed for it, most suburbs haven’t been developed near it, so whether we like it or not, more roads is what we will have to have, regardless of the evidence that building more big roads creates more traffic. 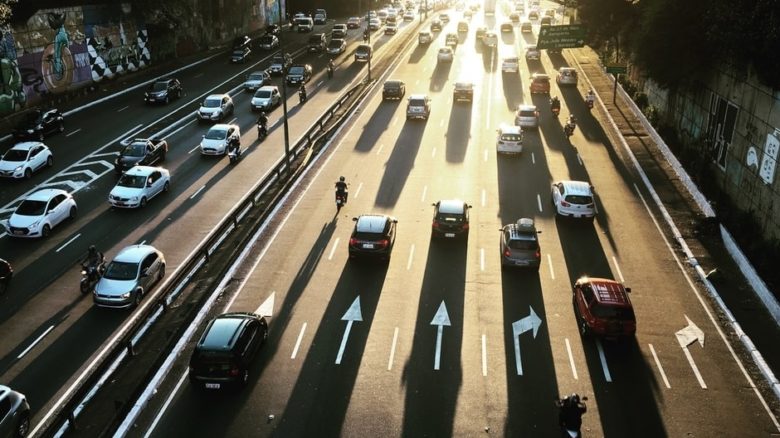 Other expert contributors offer the view that the real priority should be better use of existing assets, which means road user charging in some form or other. This is advocated to have the effect of changing travel behaviour on roads to reduce congestion by giving people price signals about where and when to drive. Congestion charging schemes have been successful in various cities, but the funds raised need to be tied to funding alternatives to car travel, such as active and public transport. The advocates of road user charging tend not to acknowledge this part of the equation, even as they propose that it will reduce the need to invest in very big roads.

Both of these views – that car use is inevitable and only road-pricing can manage it – deny the role of transport planning and urban design in the suite of factors that influence transport possibilities for Australian cities. They are part of a worldview that sees cities as natural organisms that respond to a limited range of external stimuli. But urban forms and systems are the result of political decisions as much as economics.

Post-war planning in Australia, as in many other parts of the world, re-directed the future shape of cities by favouring private car travel

In Australia, even though there are some well-established urban rail systems, their legacy is both the extreme intensification of central cities and the dispersal of urban populations that provided the conditions for extensive car-based suburban infill between the radial corridors. Post-war planning in Australia, as in many other parts of the world, re-directed the future shape of cities by favouring private car travel with massive road-building programs and land use regulations that facilitated car-friendly urban forms like shopping malls, drive-in facilities and minimum parking requirements.

At the same time, well-established public transport networks, much of them on-road trams and buses, were cut back and denied investment for maintenance, planned upgrades and extensions that would have kept them up to date. In Melbourne, for example the 1920s plan to more than double the length of tram network stalled during the second world war and failed to progress very far afterwards. Sydney’s tram network was once larger than Melbourne’s but was ripped out in its entirety to be replaced by buses, mirroring what happened across much of the Anglophone world. While the reasons for these changes are complex, they were not inevitable. The main point is that they were the result of choices that were consciously made about roads and how road space could be used: cars require a lot of space, so space must be made on roads by minimising that available for other, more spatially-efficient modes.

It is a popular view that there is a hierarchy of desirability when it comes to public transport, with rail-based modes at the top and road-based modes at the bottom. This hierarchy goes something like this (in descending order): rail, light rail, tram, bus. This ladder of symbolic value feeds many cultural attitudes, such as the idea that rail-based modes will attract higher density development while buses won’t, with the rather circular corollary that places will deserve (rail based) public transport when they’ve become sufficiently dense. The research literature on this suggests that these are myths and that intensification generally follows transport supply due to increased accessibility.

It is generally the case that there is a supportive relationship between higher density places, good public transport, walking and cycling. Roads in these kinds of places don’t work well with or for cars, because cars are very inefficient in the way they use space. It is also the case that cars are good for getting around places where densities are low, destinations are far apart and there is little competition for road space. But these kinds of relationships develop dynamically, primarily in relation to the frequency and accessibility (or usefulness) of the transport modes available and the ways road space is planned, regulated and designed. A frequent, direct and reliable bus network will be more useful than an in-frequent tram or light rail (or train line) that doesn’t go where many people want to go.

The kinds of urban design that are possible, in terms of densities and mix of activities, very much depend on the modes of transport and the accessibility they provide across diverse populations. The transport offer in most places will thus be a product of roads in one form or another. All urban movement that is not via a grade separated (i.e. tunnelled or elevated) railway is via roads, with everyone a pedestrian at some point in their journey.  This makes planning for urban transport fundamentally about road networks and the design of roads as spaces and places, from the streetscape to the metropolitan to scale, to maximise accessibility. Rail is thought to be the most desirable public transport mode although its infrastructure and rolling stock is expensive and inflexible. 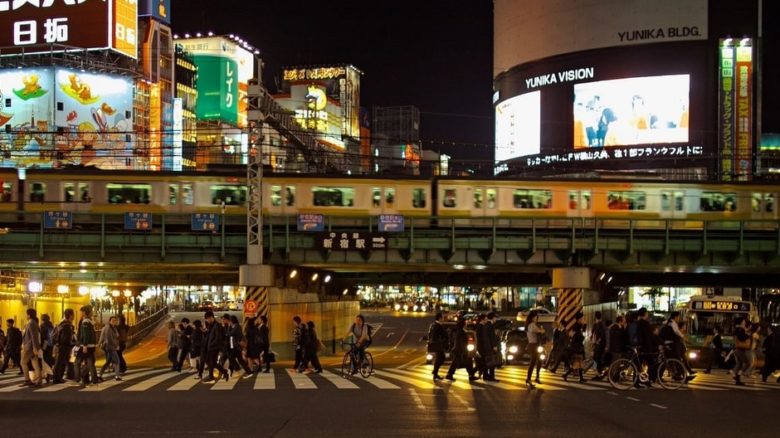 Everyone is a pedestrian at some point in their journey. Roads serve part of an integrated mobility network in Japan. 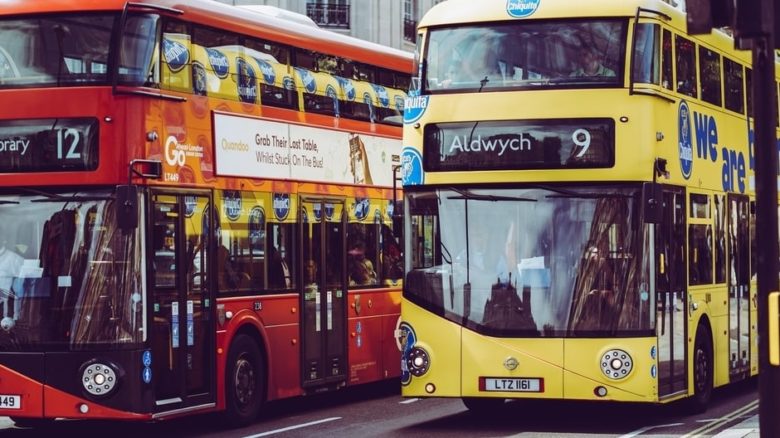 A frequent, direct and reliable bus network will be more useful than an in-frequent tram or train. Photo: Yomex Owo 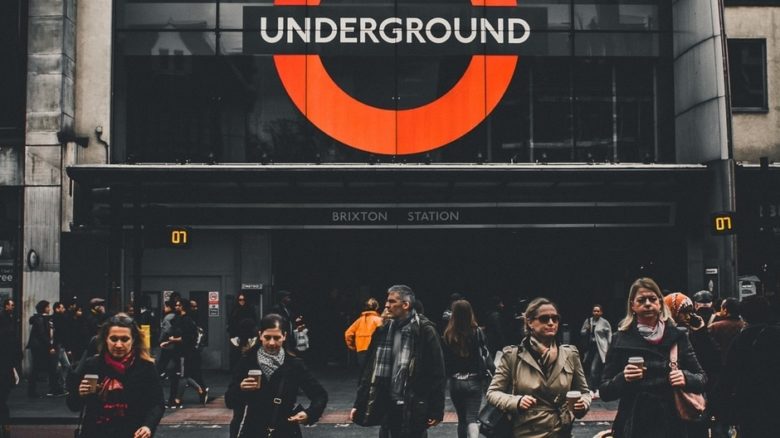 There are many cities in the world that don’t have rail-based public transport, and yet they have excellent road-based public transport systems and vibrant, higher density districts. Cities with extensive rail systems that are famous for their metros also have significant road-based bus and active transport networks. London’s Tube is world famous, but the city’s buses carry far more people every day. Japanese cities are similarly famous for their efficient urban railways, but the share of people cycling in many of them is as high as some of the most famous European exemplars, and far higher than the total share of active and public transport users in Australian cities.

These are all places where roads play a central role in urban mobility that is focussed on providing accessibility for people without the need to use cars, even though many do. These attributes of roads can be planned from the start. New subdivisions can be conceived around roads as multi-modal spaces that can engender diversity, street life and local as well as broader accessibility to wider scales across cities and metropolitan regions. Established roads can be adapted, re-imagined and re-engineered.

This points to the potential that roads can have far more sustainable and equitable urban futures if we can overcome the false dichotomy of the cultural hierarchy that says that public transport must be rail-based and that roads are for cars. But to get there we also need to change the framing around big projects. Another pernicious dichotomy is between the big transport projects (inevitably road or rail) and the countless incremental upgrades, adaptations and improvements to bus services, bike lanes and pedestrian infrastructure that are needed practically everywhere in Australian cities.

The problem here is often seen as the need to wean politicians away from the lure of the singular and glamorous in favour of the multiple and quotidian – a challenge that is possibly insurmountable, given politicians’ need for easily graspable announceables, launchables and openables. However, the aggregate of the myriad public and active transport projects that are needed for Australian cities to get beyond playing catch-up is no small matter. If we’re to maximise their benefits, even mega rail projects like Melbourne’s suburban rail loop will need a dramatic reconceptualization of road-based access networks for buses, trams and active transport. To achieve a shift to sustainable modes of transport in the context of a rapidly rising population will require nothing less than a transformation in the way roads are conceived and used. In other words, a very big project indeed.