It’s the (political) economy, stupid: when it comes to urban transport, we’re doing it wrong

Political choices, not technological innovations, shape our urban transport systems. As long as governments continue to prize mobility over accessibility, those systems will remain unhealthy and ineffectual.

[This is an edited extract from A Political Economy of Access by David M Levinson and David A King, available now in paper and PDF]

It is hard to examine the state of transport and land use planning without a large dose of cynicism about motives, and skepticism about claims and priorities.

Transport engineering and land use planning are technical fields nominally grounded in rational thought. Yet level-headed analysis and calculations haven’t led to healthy and financially sustainable transport and land use systems. Part of what we see as the problem is a focus on mobility over accessibility. This focus prioritizes vehicular flows and speed over people and proximity. Our shared goals should not be how to maximize how much people and things travel about. Rather, our goals should be about how society can make it as easy as possible to reach opportunities and activities. A second part of the problem is privileging expansion over preservation. In a world where transport is new with few roads and no transit service, expansion is the critical phase of development; but in today’s world of mature networks, preservation is so much more important. We identify numerous problems, but the solutions are difficult to implement. That is not, we believe, because they are not good ideas, but rather because the institutions that make decisions are incapable of implementing them.

The most efficient road may contradict the needs of great places.

Our political economy analysis explains how access is shaped by law, culture, and governance. The issues we raise are not new, either. It was a century ago when Frederick Law Olmstead, Jr. said:

“There has been a decided tendency on the part of official street planning to insist with quite needless and undesirable rigidity upon fixed standards of width and arrangement in regard to purely local streets, leading inevitably in many cases to the formation of blocks and lots of a size and shape ill adapted to the local uses to which they need  to be put.”

This quote introduces many of our concerns. First, streets and road networks are more than just thoroughfares. They actively shape the location and function of the built environment, support or deter alternatives to automobility and substantially affect public safety. Second, in a system where transport networks and land regulations are designed and built separately, there are mismatched incentives. The most efficient road may contradict the needs of great places. Speed is not necessarily a characteristic of great cities – other than maybe Indianapolis, no city brags about being a raceway. Third, rigid roadway design is a hallmark of a focus on mobility.  The road itself is simply a conduit through which one passes, and the quality of destinations is diminished. Lastly, these are just some of the well-known problems that have persisted a century later, yet we have spent far less effort trying to understand why we keep building cities that many consider undesirable. 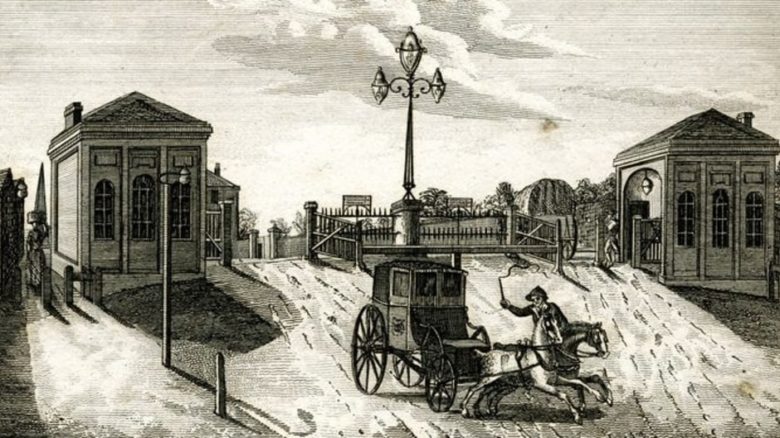 An 18thC depiction of the turnpike or guarded toll point at Hyde Park Corner, London. Tolls will increasingly be needed to raise revenue for transport infrastructure with eventual decline of fuel tax revenue. 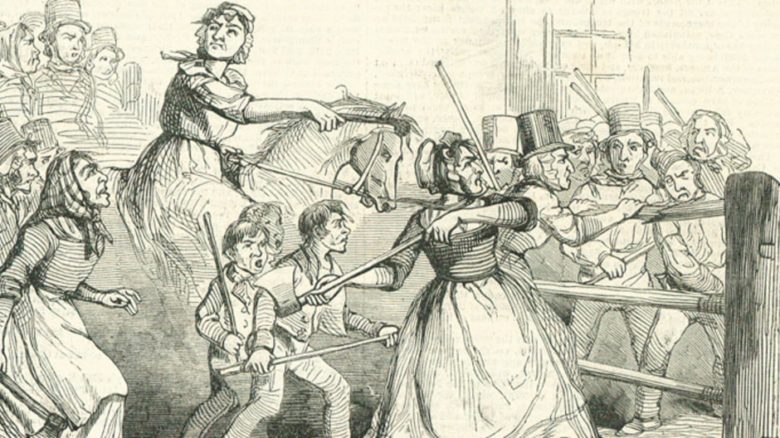 The 19thC Rebecca riots: an uprising of farmers against tolls imposed for use of roads to get produce to market.

An additional issue is that transport systems require coordination across actors. The car you own is worthless without roads, and the capital and expertise required to build and maintain cars very much differs from the expertise needed for roads. The question remains how to integrate infrastructure, traffic flow, and land development. We advocate for coordination through prices, so people can account for the full cost of the actions of themselves and others when making decisions, whether as a traveler, developer, planner, or elected official.

The current state of transport and land use systems raises further concerns. New technologies are changing transport in fundamental ways. App-based services offer new taxi-type alternatives, which compete with and complement existing travel modes. These services are backed by deep-pocketed investors and despite their popularity are, as of this writing, not actually profitable. But there is little doubt that such services will persist in some form once the money runs out. If the history of taxicabs is any guide, a new era of regulation will protect Uber, Lyft, and others from their demise. Many cities grew along streetcar routes. Trams and lightrail continue to influence property prices and land use politics. 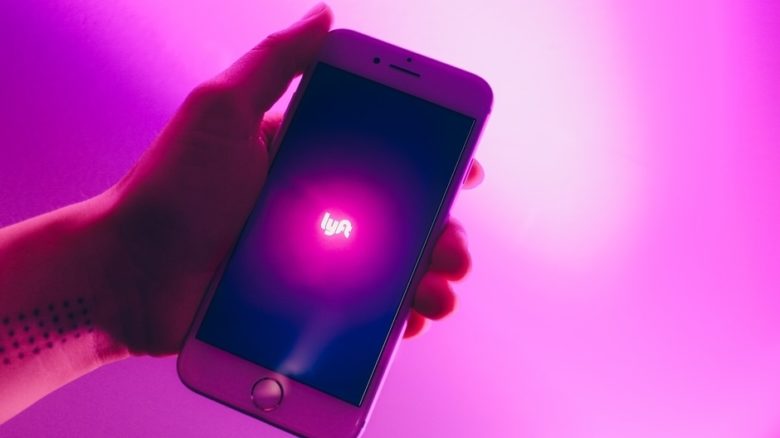 Dockless bikes have affected cities around the world with transport policy unable to keep up. 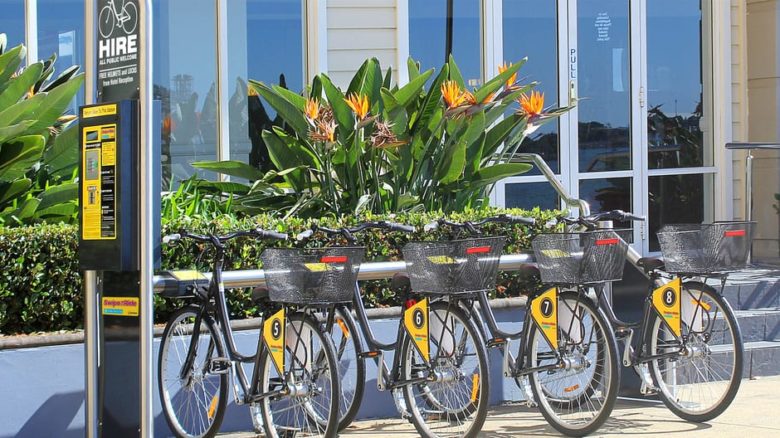 Before the dockless bike, cities such as Sydney, Melbourne and Newcastle managed docked cycles, paid and free.

Private firms have reoriented transport planning priorities, for good and bad. Not long ago long-range transport plans largely set the course for policy and investment decades ahead.  Now everything from streetcars for real estate development to ridesharing through dockless bikesharing and, the flavor of  the week, electric scooters, are undermining the slow predictability of policy. With automated vehicles peeking over the horizon, the conventional approach to transport planning may be obsolete as no one knows what innovations and unintended side effects automation will bring.

The internal combustion engine is likely nearing the end of its century of dominance. These engines use fuel, which is taxed to pay for infrastructure across the US and in some other countries, and taxed for general revenue elsewhere. A shift to electricity affects the core relationship between user fees and public spending. New sources of revenue will have to be developed, including road tolls, road access charges, parking fees, and other sources. Of course, a loss of motor fuel taxes also will affect who pays for infrastructure. The role of central governments will likely diminish as fuel taxes decline. This devolution of authority pushes local and state or provincial governments to raise their own revenues. Voters will be asked to approve new taxes and fees, which introduces many concerns, including whether voters are adequately informed to assess the value of any package of taxes and spending. 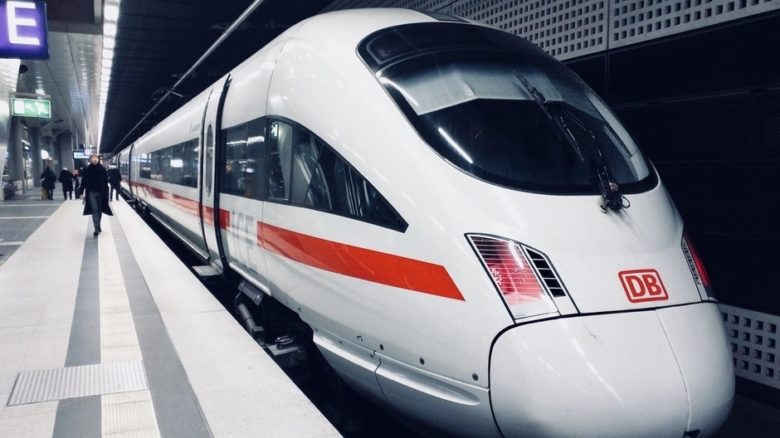 The complexity and expense of fast train projects can deliver outcomes radically different from initial promises. 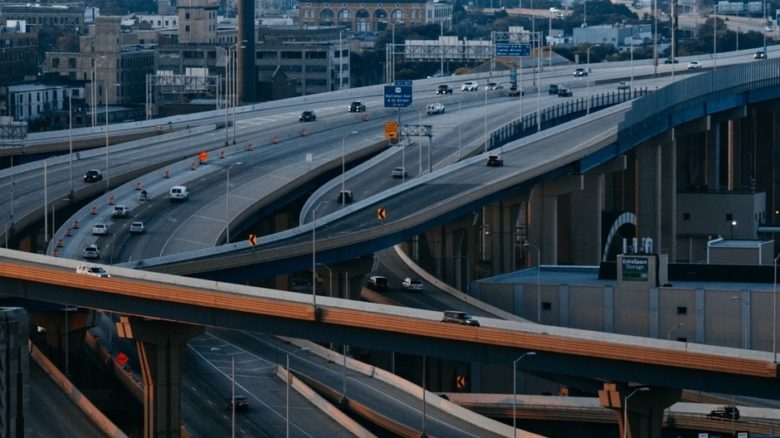 "Streets and road networks are more than just thoroughfares. They actively shape... the built environment." "With a focus on access, we can orient transport policy to connecting people to places they want to be..." Transport referenda are generally popular with the public in the United States, for example, where more than 70 percent usually pass. But voters often don’t know the true details of what they are voting on. California has led the way in voter-led projects, including their high-speed rail (HSR) project that voters passed with 52.6% of the votes in 2008. Despite well-publicized concerns, proponents promised a train that would connect the state, “[C]arrying up to 117 million passengers annually by 2030, with the capacity to also carry high-value, lightweight freight.” Since then, the timeline has been extended, the scope scaled back, forecast recanted, and the costs have increased dramatically – at one point to nearly $100 billion. Stations have been delayed or cancelled, and now the train is promoted as a commuter service to open up housing markets away from the extremely expensive coastal cities. The project is substantially different from what voters were sold, and a very passive aggressive solution to the state’s housing affordability crisis. We expect more projects like this.

Lastly, the political economy of access must address issues of race and social justice. New transit investments tend to favor wealthier, whiter communities. Bicycle advocacy is dominated by young, white men, as are the technology companies developing micromobility, services and microtransit and taxi apps. As once-young, white men ourselves, there is nothing wrong with that, but we have learned it is but one perspective of many.

Political choices are the core reasons our cities look and function the way they do.

The value we wish to promote is access. Access is the ability for people and firms to interact, whether through employment, production, consumption or sales. Access is a value that differs from mobility. Where mobility improvements are a hallmark of recent decades of transport policy, our focus on mobility has led to auto dominated infrastructure that offers few other options about how to get around. With a focus on access, we can orient transport policy to connecting people to places they want to be, rather than accommodating driving at the expense of everything else.

The political aspects of transport policy shouldn’t be assumed away or treated as a nuisance. Political choices are the core reasons our cities look and function the way they do. Many of the transport and land use problems we want to solve already have technical solutions. What these problems don’t have, and what we hope to contribute, are political solutions.

This is an edited extract from A Political Economy of Access by David M Levinson and David A King, available now in paper and PDF.

Professor David Levinson joined the School of Civil Engineering at the University of Sydney in 2017. He taught at the University of Minnesota from 1999 to 2016 where he held the Richard P Braun/CTS Chair in Transportation (2006-2016). He was Managing Director of the Accessibility Observatory, and directed the Networks, Economics, and Urban Systems research group.

David A King is an Assistant Professor of Urban Planning at Arizona State University School of Geographical Sciences and Urban Planning. His research explores the impact of local transportation planning on the built environment, public finance, social equity and accessibility.