As sea levels rise and coastal communities face the threat of erosion and flooding, coastal defence structures, often built with concrete, have become the norm in many parts of the world. But these hard engineered structures, like seawalls, breakwaters and groynes, are both expensive and bad for the environment.

A team of University of Melbourne scientists is joining a growing number of international researchers looking at whether natural coastal defence structures could be a better option. We are trialling mussel reefs and mangrove forests in Melbourne’s Port Phillip Bay to see how well they protect our shorelines. Natural coastlines have in-built coastal defence in the form of sand dunes and beaches, saltmarsh, mangroves, seagrass and kelp beds, and coral and shellfish reefs.

These natural structures can reduce the height of waves as they approach the shore and trap sediment, increasing the height of the land relative to sea level. This reduces flooding and erosion. Mussel reefs and mangrove forests are particularly important in Port Phillip because they are native habitats that have suffered significant declines historically. We are creating the mussel reef from recycled shell and natural basalt rock, and we expect it to reduce wave height and promote accretion of the eroding foreshore.

For the mangrove forests we will use a ‘hybrid’ approach, which involves planting the mangroves within concrete cultivars that attenuate waves, accrete sediment and provide the right conditions for the forests to grow. A closer view of a Mussel Reef.

Elsewhere, other natural habitats are being used to protect shorelines. For instance, in the United States, oyster reefs have been widely restored on the east coast to provide erosion control. Oysters need something hard to attach to, and lots of creative reef designs have been engineered to replace lost habitats and enhance oyster populations. In contrast, artificial structures are expensive to build and maintain and cause significant ecological damage. In particular, they lead to a loss of biodiversity through the replacement of natural habitats and are often hotspots for invasive species.

Oysters need something hard to attach to, and lots of creative reef designs have been engineered to replace lost habitats and enhance oyster populations.

Given the threats our shorelines are facing, protecting them into the future needs to be both financially and ecologically sustainable. Nature-based coastal defence systems present an effective alternative to artificial structures because they can adapt to changes in climate and self-repair after things like storms – which means they could be cheaper in the long run. But we don’t know yet which option offers better protection for local communities, or the best value for money.

To try and understand this better, we recently published a review of the scientific studies in this field in the journal Global Change Biology. We found that, although nature-based coastal defence is advocated in the literature, there is a lack field study data on their impact on wave height reduction or building up the shoreline. Some habitats, like dunes, have been used historically for coastal defence, but data on their effectiveness at reducing shoreline loss is not always reported, making evaluation difficult.

We need to know which habitats are effective at providing coastal defence, the types of environments in which they work best and the best designs for achieving long-term protection. This research is only possible through collaborations among scientists, coastal managers and engineers.

We need to know which habitats are effective at providing coastal defence, the types of environments in which they work best and the best designs for achieving long-term protection. 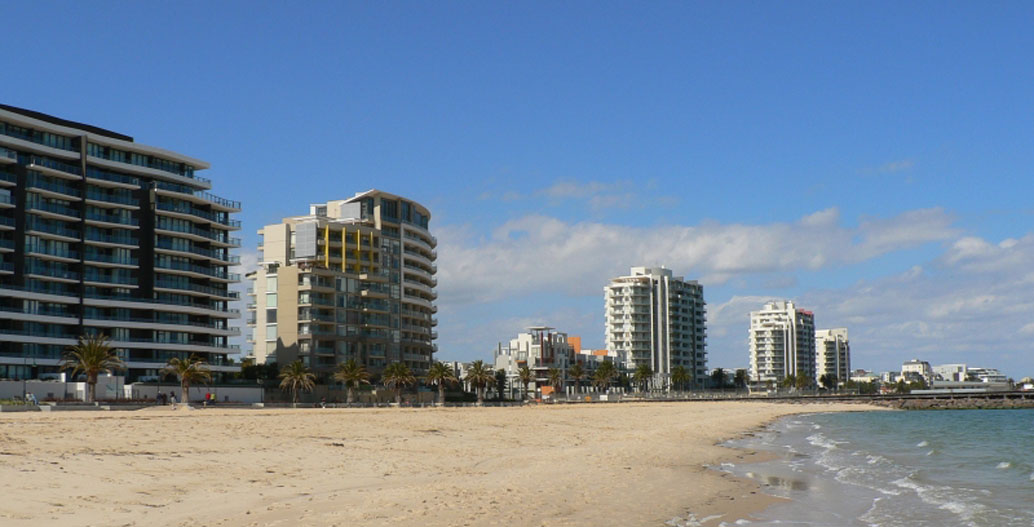 Coastal erosion near Portarlington, Victoria, located near the heads of Port Phillip Bay. 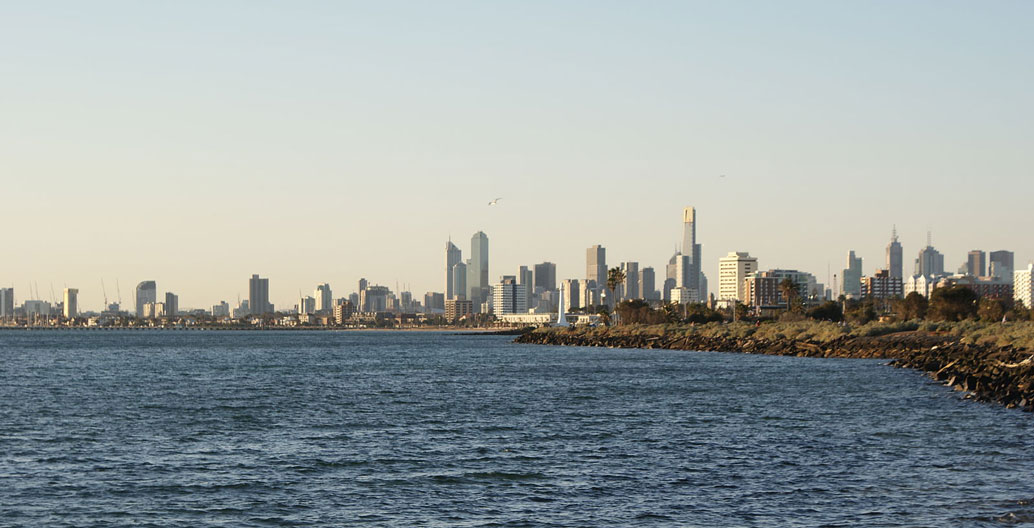 A better way of protecting our shorelines

It is particularly important because natural coastal defence systems offer more than just protection from extreme weather events; they also help create ecosystems – certain habitats offer a benefit to humans, like filtration by mussels leading to an increase in water quality. These need to be taken into consideration in any cost-benefit analyses, and they are an important consideration in our current Port Phillip Bay trial.

Finding a way of using natural habitats to perform a function previously served by engineered structures is going to require a big shift in our collective mindset; as it demands changes to how we design and evaluate coastal defence infrastructure. Designing a structure like a concrete wall based on engineering resilience, constancy and predictability, is in direct contrast to ecological resilience, which promotes variability.

While ecological resilience may not offer the visible reassurance of a solid wall, for example, it offers so much more. Perhaps we need to trust nature to do its job, and allow ecosystems to absorb disturbances and remain in a stable state. Adapting Australia’s coast to climate change is a big challenge that we must address in coming years. After all, 85 per cent of us live within 50km of the coast. This research offers a way of navigating this challenge, while respecting our marine diversity.

Special thanks to Ralph Roob from the University of Melbourne and the City of Greater Geelong Council, for his role in the Port Phillip Bay trial.

This article was first published via the University of Melbourne’s online publication Pursuit. Find the original article here.