Air pollution: the single greatest health risk of our century

Air pollution is an obvious yet formless threat to the health of city dwellers. Yet despite widespread and growing knowledge of its lethal effects, local and global regulation is still falling behind.

Managing air quality is an ongoing challenge, especially as demand for energy and transport increases alongside population growth. In the global context air quality in Australian cities is generally considered good, yet approximately 3000 deaths per year in this country are linked to urban air pollution. The World Health Organisation (WHO) claims it to be the “world’s single largest environmental health risk”. Despite living with toxic air for decades, it is only in recent years that scientists are discovering the true extent of its possible harms.

So what exactly is air pollution? The Australian Academy of Science defines it as “air that contains gases, dusts, fumes, chemicals, particulates or odour in harmful amounts.” There are different types of pollution, but the most damaging to human, animal and plant health is called particulate matter (PM), or tiny particles that can make their way into vital organs. These particles, which are hundreds of times narrower than a human hair, have been found in the brain, liver, placenta, spleen, kidneys and bloodstream of people here and around the world. Common contaminants include black carbon (soot), carbon monoxide, nitrogen oxide, ozone and sulfur dioxide. Air pollutants can also be found indoors from gas fires that are not properly ventilated, as well as household chemicals and moulds.

Research into the extent of the health risks posed by toxic air is relatively recent. The first major study to prove the link between premature death and pollution came from a team of Harvard researchers in 1993, who found that the life expectancy of people who lived in the city with the most polluted air was 26 percent lower than those who lived in the city with the cleanest. The primary connection was cardiovascular and respiratory disease, but now there is strong causative evidence of other inflictions. Exposure to pollution can be as risky as smoking for unborn babies, stunt brain development, affect performance in school, increase the risk of diabetes and autism and there is even evidence to show that it can increase criminal behaviour in teens. In China, it has been linked to general unhappiness.

In Australia the number one cause of pollution is the burning of fossil fuels for transport and industrial processes. Aside from cars and trucks, ships – including tankers and cruise ships – are major polluters. 10 years ago, 15 super-tankers were reported to pollute as much as all the world’s cars. Tankers carry cargo around the world, typically burning bunker fuel. It is a heavy, toxic fuel left over at the end of the refinery process that doesn’t evaporate and emits more sulphur than other fuels. Cruise ships use on average 150 tonnes of fuel per day, producing the equivalent pollution of one-million cars. Australian ports are offering financial incentives to shipping companies that reduce their greenhouse gas emissions to help achieve the International Maritime Organisation’s goal of halving emissions by 2050. Cargo tankers typically use the most air polluting fuel of any industry or transport system. Photo: JF Vanveen 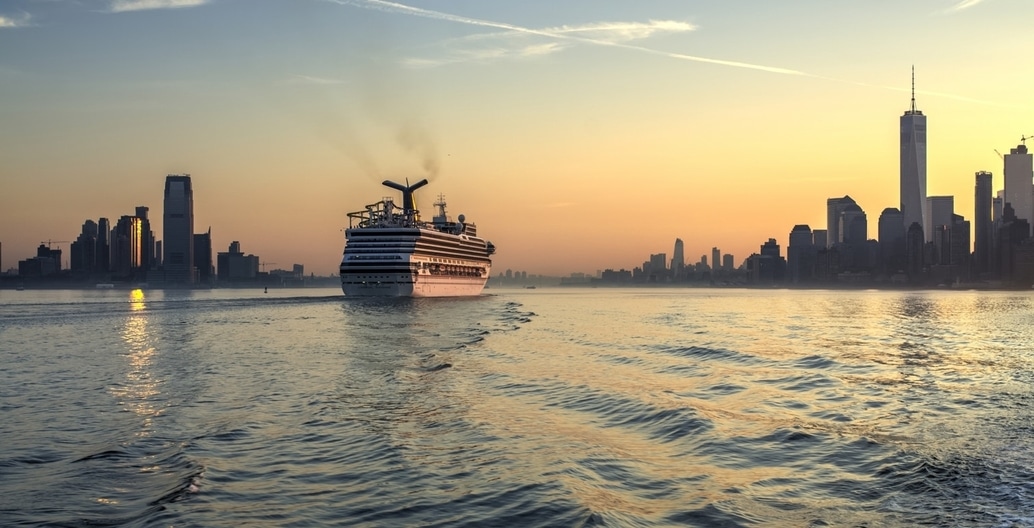 Cruise ships can use the equivalent of one-million cars per day in fuel. Photo: Katarzyna Ostrowska 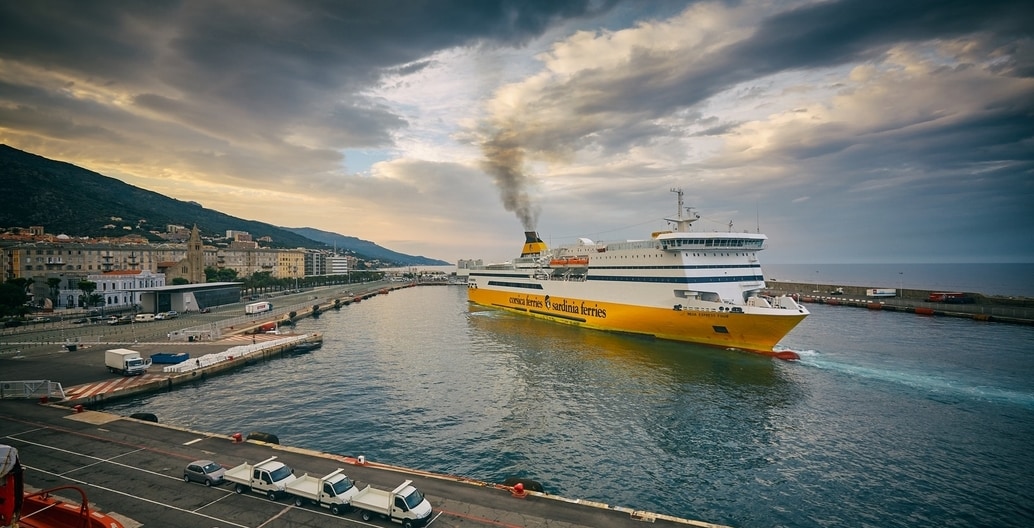 Concerns about dangerous levels of pollution are heightened in urban areas because of the concentration of cars, power plants, smelters and factories. Yet the risks associated with toxic air are not borne equally across cities – low income, disadvantaged and Indigenous communities across Australia are disproportionately exposed to high levels of industrial air pollution in particular. This is despite the Intergovernmental Agreement on the Environment, a non-binding agreement between the states, territories and federal government, which states that everyone, regardless of income, should be protected equally from the effects of pollution. Disadvantage and race affect exposure to pollution around the world, as demonstrated by a recent case in Willowbrook, Illinois where a well-educated, wealthy community were able to band together to lobby for action on a polluting facility in their town.

Greenhouse gas emissions have been rising steadily since 2013 and for the June quarter of 2018, emissions rose 1.3 percent. The latest study from the American Council for an Energy-Efficient Economy (AECCC) notes that all the economies evaluated still have substantial opportunities for improvement. It looked at energy efficiency measures across policy, buildings, industry and transport, and ranked Australia as the poorest performer in the developed world, slipping from 10th in 2014 to 18th in 2018. The United States came in at 10th. Mumbai is the sixth worst city in the world for air pollution. The top 14 of 15 cities are Indian. Photo: Abhay Singh An oil refinery on the Mississippi River at New Orleans contributes to the city's air pollution. Photo Jackson Jost Climate change is also contributing to higher levels of pollution in urban air, in part due to changing weather patterns. One way this is happening is through the increased frequency of inversion events, which occur when layers of cool air are trapped beneath layers of warmer air. One of the most damaging effects of inversions is that they keep pollution close to ground level near people. New research shows that over the next 50 years inversions are likely to become 40-80 percent stronger as well as lasting longer in cities along Australia’s east coast, as a result of climate change. This will have major consequences for approximately 80 percent of Australia’s population.

Australia has a combination of weak regulations on air quality and low public awareness of the significance of pollution on health. If the health and climate ramifications of worsening air quality are to be abated, then reducing pollution, especially in urban areas, needs to become a priority for government, business and individuals. Vehicle emissions would be a good place to start, as they have have increased by 60 percent since 1990 and are one of the major contributors to pollutants in cities. Not only are Australia’s transport emissions 45 percent higher than the OECD average, there is no greenhouse gas emissions standards for vehicles, and we have some of the most lenient sulfur standards for petrol in the world. The Australian government is one of few in the world that advocates adoption of controversial ‘clean coal’ technology, with announcement of potential new coal-fired power plants last month. It is also looking to open new oil fields, when other countries are moving away from fossil fuels and investing in renewables. The German government recently agreed to end its reliance on coal fired plants by 2038. 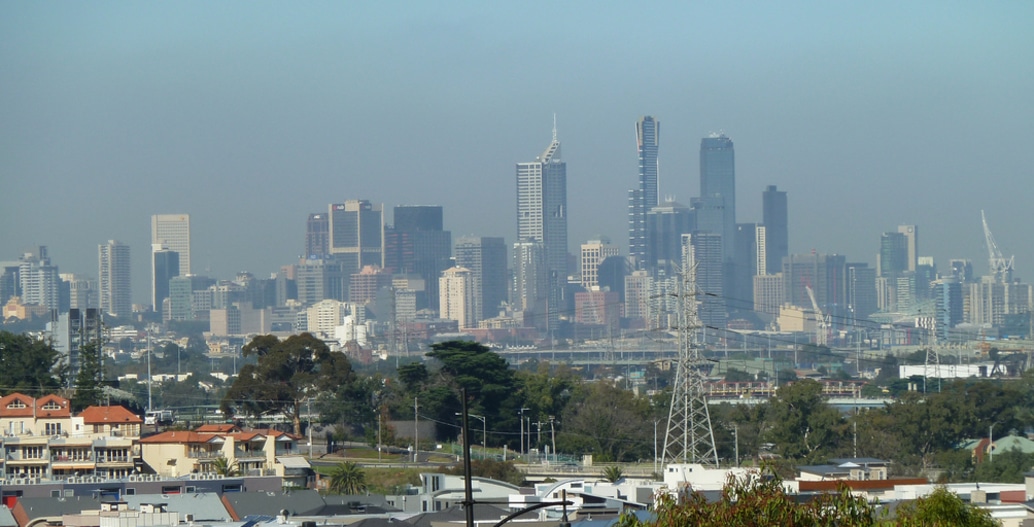 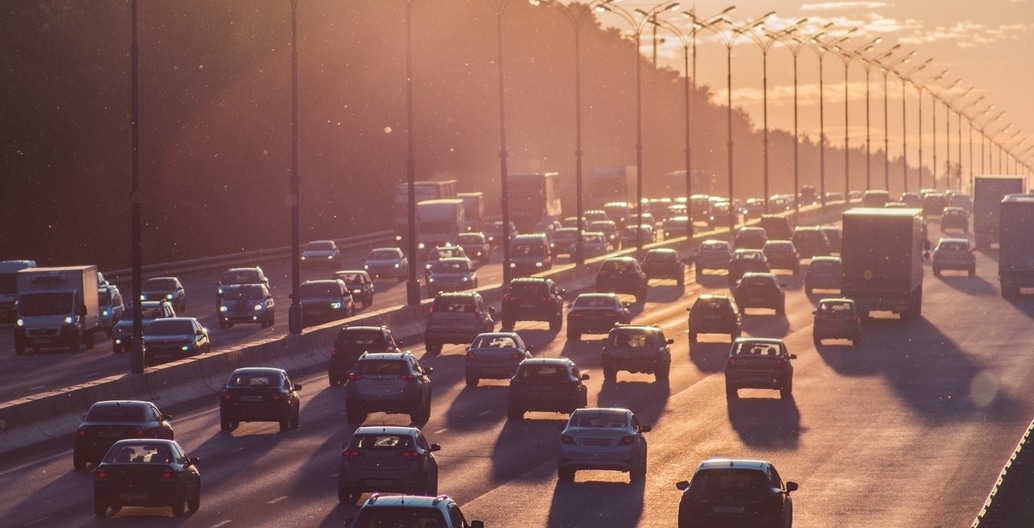 Air pollution is increasing with traffic in cities around the world. Photo: Alexander Popov 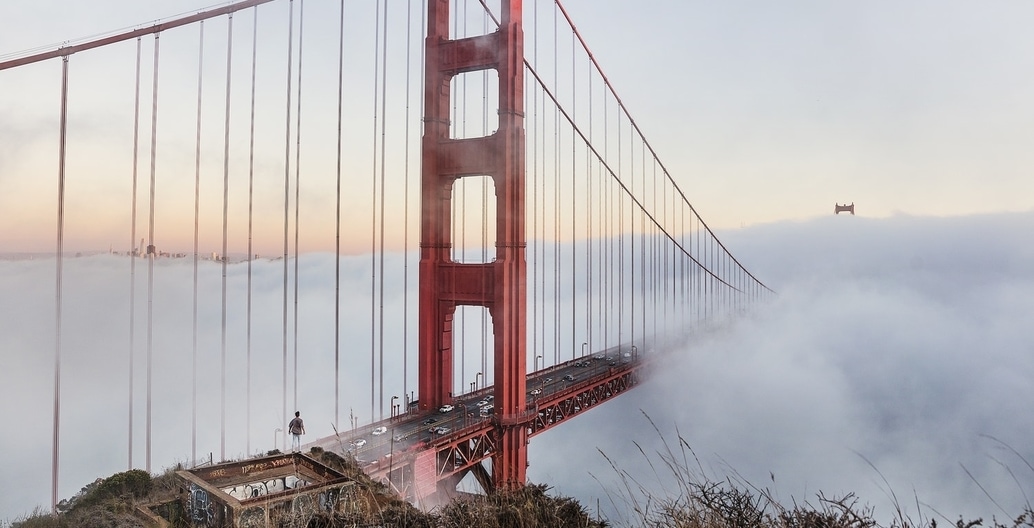 Australia is heavily reliant on cars for transport, due to the long distances travelled and relatively low ratio of spending on public transport infrastructure compared to roads. Improving regulation for vehicles, and petrol, would have a significant impact on reducing air pollution. Initiatives relating to cars have been implemented around the world in order to reduce pollution. Cities in Spain and Germany have already banned the use of old diesel vehicles – many of which are still cleaner than the diesel cars available in Australia – in an attempt to reduce pollution. The goal in Madrid is to reduce nitrogen dioxide levels by 22 percent by 2020.

Oslo, where transport pollution accounts for 60 percent of the city’s greenhouse gas emissions, is going a step further, aiming to eliminate cars altogether by the end of 2019. Although the plan is ambitious, they city is working steadily to improve cycling infrastructure, and prioritise bikes and pedestrians over vehicles. Another strategy is to invest in public transport. Helsinki is doing this now, and aims to have such an efficient, cost-effective system in place by 2025, that cars will seem redundant. 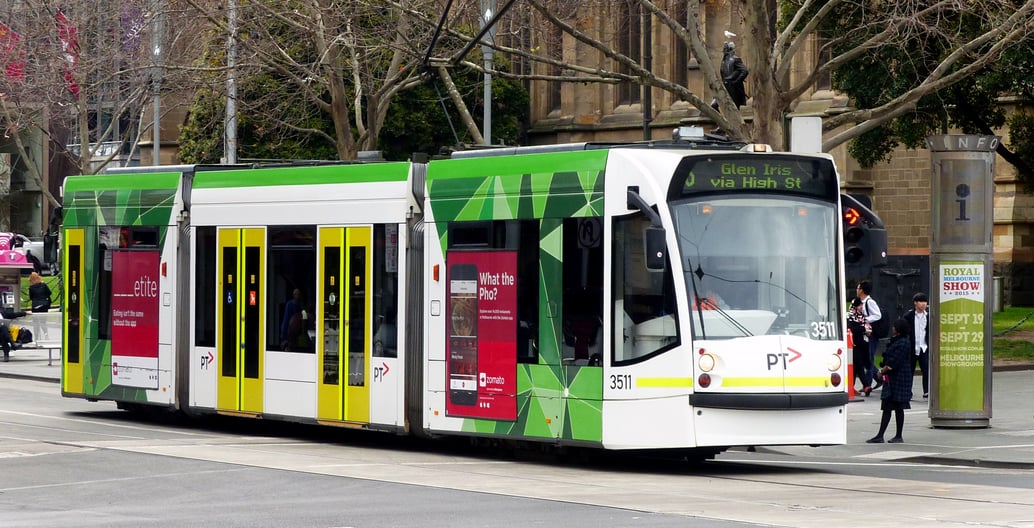 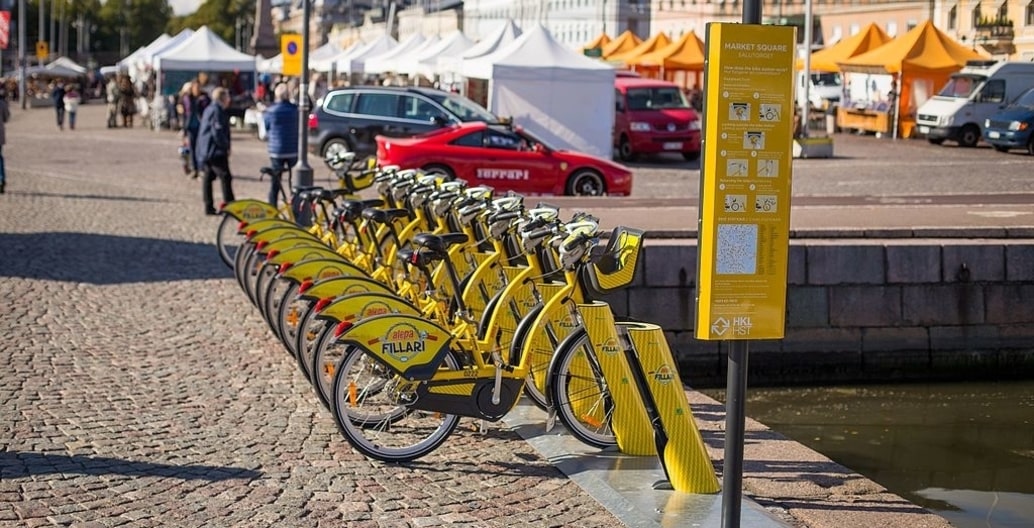 Cities around the world have bike share systems similar to Helsinki. Photo: Olimar

Although many of the air pollution reduction strategies come in the form of limiting emissions from vehicles and facilitating bike and pedestrian travel, technologies are being developed to absorb smog from the air. For example, Dan Roosegaarde’s ‘Smog Free Tower’ is essentially a smog vacuum. The tower uses ionisation technology to clean the dirty air at a rate of 30,000 cubic metres per hour, which is released back into the city. The towers have been rolled out in China, the Netherlands and Poland. The concept for a similar system has been created by Dubai-based architecture firm Znera to be trialed in Delhi, the sixth most polluted city in the world according to the WHO, which last year located 14 of the top 15 polluted cities globally, in India. Such technology will be especially important in cities where pollution levels are so high that it would take decades to reduce via transport and industry measures alone.

Other initiatives like the Curating Cities database aim to raise awareness of air pollution which is important to drive policy and legislation for significant change. Trees have long been regarded as assisting in pollution mitigation, sequestering carbon and reducing carbon dioxide. But other research notes that we need to consider urban design and planting location of trees since their canopies may trap pollutants. City planning, including size and alignment of buildings and width of streets, has taken local climate into account since ancient times. Given most cities are established on the coast or rivers for transport and trade, particular regard has been paid to prevailing sea breezes to bring fresh air. On the plains beneath hills, cities also are cleansed by downslope winds. The alignment of Colonel Light’s gridded Adelaide takes advantage of downslope gully winds. Future city planning, height limits, parkland locations and building orientation might make more use of such local air movement patterns to improve air quality. 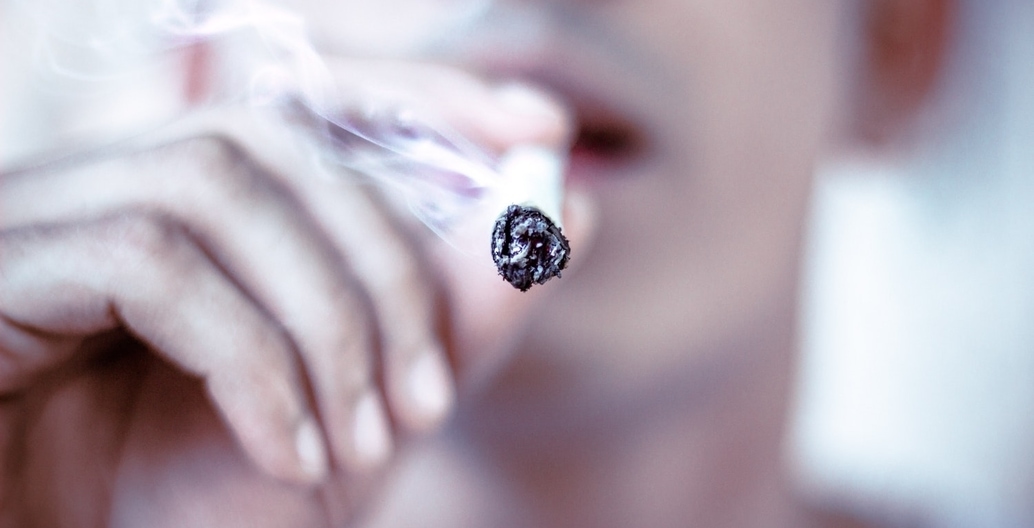 Air pollution is ‘the new tobacco’. Yet while smoking is on the decline globally, the 7 million annual deaths caused by air pollution are just the tip of the iceberg of known harm related to the effects of air pollution on human health. Photo: Amritanshu Sikdar

By 2061 it is expected that 74 percent of Australia’s population will live in urban areas, up from 66 percent in 2012. And that population will be ageing and more vulnerable to the effects of polluted air. If Australia is to avoid the health risks associated with exposure to polluted air, action must be taken quickly. Dr. Tadros Adhamon of the World Health Organisation has described air pollution as “the new tobacco”. But while smoking is on the decline globally, the 7 million annual deaths caused by air pollution is just the tip of the proverbial iceberg of known harm to human health. More attention is urgently needed.