Raising Warragamba Dam will do far more harm than good

When landscape is gone, it’s gone for good. The proposed raising of Warragamba Dam repeats errors of the past, representing, once again, a version of contests where a victory for one side comes at a great and irreversible cost to others. But we don’t need to settle for an either/or debate.

For well over two centuries, the Nepean River floodplain has been a contested landscape. The subject of protracted bloody battles between local Aboriginal tribes and the colonial soldier settlers in 1794 who were attracted by its abundant wildlife and fresh water. It is still contested land, caught in an uneven battle between government on the one hand and those who support the rights of ecologies and cultural values on the other. And as before, lives are at stake.

Last year, the NSW government passed a bill to raise the Warragamba Dam wall by 17 metres, in the face of vigorous public protest, ostensibly to protect lives in the event of a flood downstream on the Nepean River floodplain. Elizabeth Farrelly, columnist for the Sydney Morning Herald protested that the bill was passed with ‘indecent haste’ because, if constructed, the dam would flood thousands of hectares of ‘protected’ World Heritage Blue Mountains wilderness, which is the habitat of a number of threatened species and the location of hundreds of sacred sites of the Gundungurra people.

The land is contested because it’s fertile and it’s fertile because it floods. Most rivers widen as they reach the sea, but the Hawkesbury-Nepean River narrows. It slips into a deep channel at the base of the Blue Mountains, where a number of rivers drain into it. The river then crosses a floodplain near Richmond and, at the point where weathered shale meets harder sandstone, it enters a narrow gorge before finally emptying into the Pacific Ocean at Broken Bay. During periods of protracted heavy rain, the river backs up at the mouth of the gorge and floods across the plain.

It’s easy to see evidence of the history of this flooding in the alternate channels and many lagoons of the low-lying landforms adjacent to the river, and pre-historic sediments have been found high in the sandstone gorge. During the most dramatic floods in recorded history in 1867, the water, described as an inland sea, rose rapidly and some people lost their lives as they tried to escape to higher ground. There have been many significant flood events since then – 29 since the Dam was completed in 1960, with the worst in Windsor, just a year after the dam was built.

Research suggests that since 45 percent of floodwaters originate elsewhere, “no configuration of Warragamba Dam will prevent flooding in the Hawkesbury-Nepean Valley”.  Even if flooding originates in the Warragamba catchment, once the dam is full, water needs to be released to relieve pressure on the dam wall. Often it’s released too late, as dams are managed for water supply rather than as flood control infrastructure, although pre-release strategies are becoming more common. In the 2010-11 Brisbane floods, water was discharged from the Wivenhoe Dam when the lowlands were already saturated and unable to absorb any more water, causing a rapid increase in the rate of inundation and making evacuation treacherous. Over 200,000 people were affected, and 35 died lives were lost, with damage estimated at $2.3 billion.

Flooding is only a problem, of course, if people settle in the path of the flood and can’t get out of harm’s way fast enough. According to Infrastructure NSW, “over 25,000 residential properties and two million square metres of commercial space on the floodplain are currently subject to flood risk, and this will increase significantly in the coming years”. The CSIRO Data61 flood evacuation model suggests that if a flood event such as the 2011 Brisbane floods occurred today, more than 64,000 people would need to evacuate. Even assuming lead time based on typical Bureau of Meteorology warnings, evacuations couldn’t happen fast enough. Connectivity is limited and roads are narrow with only one or two major roads leading to higher ground. Residents are generally not adequately prepared for flood events as there hasn’t been a severe flood for many years so flood awareness is minimal and local residents ignore the risk.

“Development will proceed as it has always done… where landscape in the way is destroyed, compromised or offset” – Penny Allan @UTSResearch

Significantly, this contest is not happening because of the quality of the landscape and the ‘services’ it provides. It’s now about space. Despite the claim that those who live and work on the floodplain are at risk, the population of the surrounding area is set to grow significantly, and houses continue to be built in all the wrong places. The City of Penrith, which lies within the Hawkesbury-Neapean catchment area, is just 50 kilometres west of Sydney CBD and is expected to grow almost 20 percent by 2030. Nearby Camden is currently the fastest growing local government area in Australia.

In March 2017, the chairman of the Penrith Lakes Development Corporation, Keith Carew, wrote to Sean O’Toole, then West District Commissioner, suggesting “that flood mitigation and evacuation infrastructure works are required to unlock the potential staged development of 5,000 or more future dwellings over a period of 15 years within the Greater Penrith Area, and the delivery of new local employment opportunities”.

Construction is underway immediately adjacent to the river at Penrith Lakes, using earth from Westconnex to raise the ground level. Presumably this is part of the process of “re-constructing the landforms of Castlereagh” which Carew uses to justify his request. In this, and many other government documents, numerous assumptions are made. These include that the land is there to accommodate Sydney’s growth, that growth will happen regardless of the risk and that development will proceed as it has always done: as large single family dwellings, spread across the plain, and where landscape in the way is destroyed, compromised or offset. 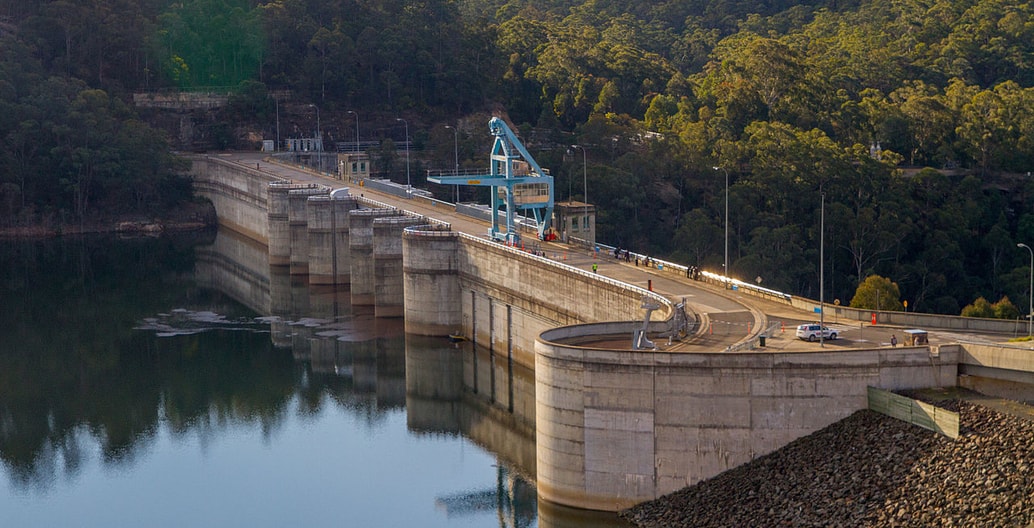 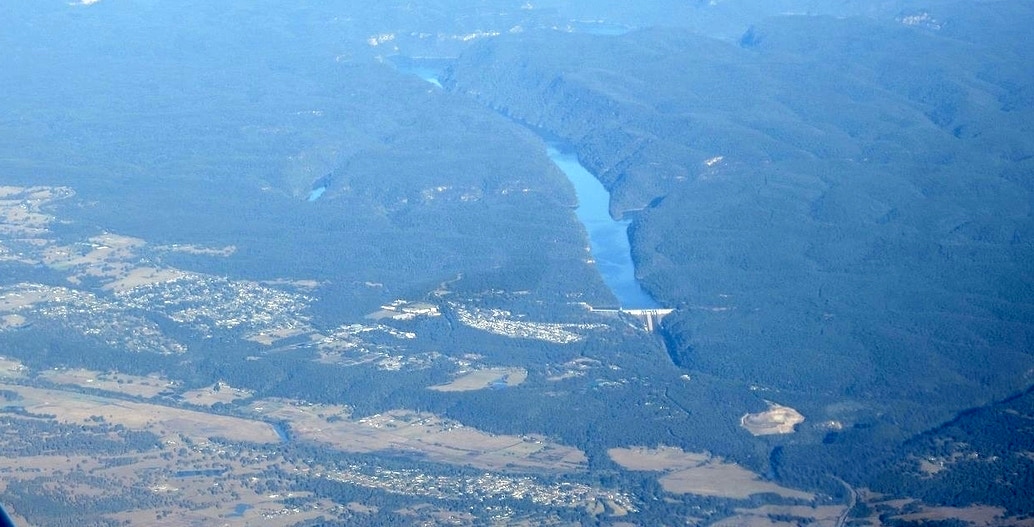 An aerial view of Warragamba Dam on the Hawkesbury-Nepean River system. Photo: Bidgee It is dangerous to destroy landscape, particularly in a place where the climate is already extreme – on January 7 this year Penrith was the hottest place on the planet at 47.3 degrees – and likely to be more extreme as climate change progresses. Landscape acts as a kind of life support, creating the conditions for life. It collects, filters, stores and transports water, grows food, produces energy and oxygen, sequestering carbon, modifying climate and making places that are an important resource for the wellbeing and resilience of an increasingly dense population. It’s critically important, and once it’s gone, it’s gone for good.

But the landscape on the floodplain beyond Warragamba Dam is already in decline. Urban and industrial runoff run-off, chemicals and nutrients from agriculture and treated sewage have seriously affected water quality and the river’s health. Water extraction for drinking water and agriculture mean that river flow is extremely low: around 3 percent compared with a healthy flow of 80 percent affecting the water balance of the entire floodplain, including groundwater levels and tree canopy cover. This, together with inappropriate development — the typical single story family dwellings built to the boundary with no room for trees — is exacerbating the heat island effect in this region.

“The battle surrounding the raising of Warragamba Dam is being fought in the way that battles over this land, 200 years ago, were won. We should not be engaging in these kinds of contests anymore” – Penny Allan @UTSResearch

Raising dam walls is a typically reductive response to an extremely complex problem. It is like strengthening a sea wall to protect from sea level rise, or a storm surge. It is not a resilient response. It may help in the short term, but it could make things worse. A sea wall almost always negatively affects currents, patterns of deposition and erosion, and it encourages people to forget about the risk. It allows us to turn away from the complexity and the challenges, and to continue doing what we always do or what the market demands.

What is puzzling is the relative lack of discussion about the alternatives. Dr Jamie Pittock suggested that the government should provide capacity for flood storage in the Warragamba Dam by lowering the ‘full’ storage level, stop putting people in harm’s way, improve evacuation routes and relocate the most flood prone residents. The Western Sydney District Plan 2056 reports that the NSW Department of Planning and Environment is planning a framework to address flood risk. And innovation is needed to develop new models for housing and urban settlements that respond to local context, accommodating the flux of flood and drought and integrating and even acting as the catalyst for connectivity between significant biodiversity remnants across the plain and into the Blue Mountains. 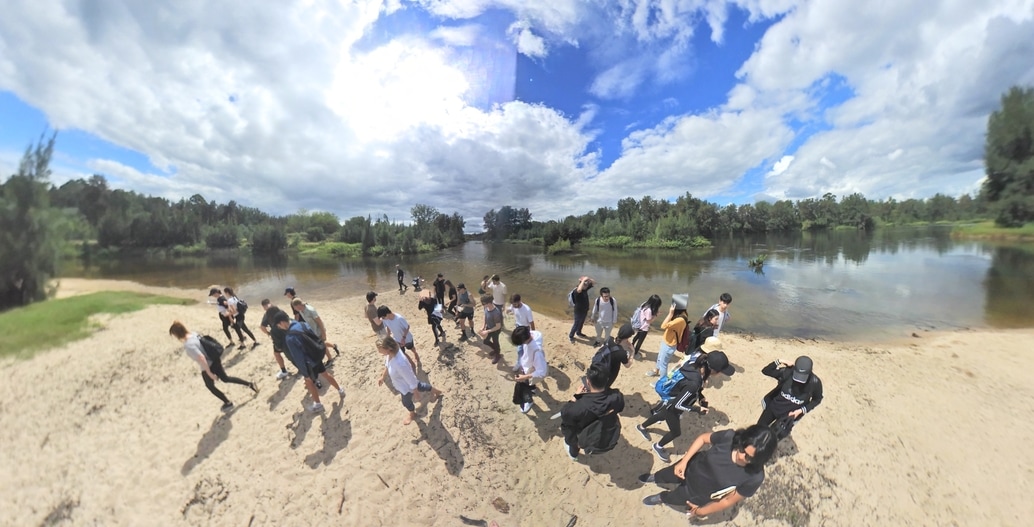 In terms of flood management practices in settled areas, The Netherlands is definitely leading the way. In the last two decades he government has shifted away from a paradigm of control. Its flagship Room for the River strategy, containing over 32 projects, is driven by the recognition that a flood-prone river will always break its banks and that effort is best directed at assisting humans to adapt. The Waal Welde project, for example, provides incentives and support for community based projects to help implement flood control measures, as explained by Dirk Sijmons in his recent visit to Australia. And regular competitions and government subsidies have shifted market demand by creating exciting new flood adapted alternatives for housing.

The reason the NSW Government’s haste to wave through the raising of the Warragamba Dam was ‘indecent’ was that it represented a version of the contest where the solution was a win for one side, at great and irreversible cost to the other. And it was a victory obtained by force. This was how battles fought 200 years ago over this land were won. We should not be engaging in these kinds of contests anymore. We are running out of time. Climate change is happening now and Sydney needs to prepare for it. Meanwhile, inappropriate development on the plain is happening now. Significant forms of life and cultural values are under threat. We don’t need to settle for an either/or debate. Better to expand our thinking to ask: how can we develop innovative solutions that will allow dense urban settlement, a flood prone river and a fragile local environment to coexist and thrive?

Professor Penny Allan is Director of Landscape Architecture in the Faculty of Design, Architecture & Building at the University of Technology Sydney. Her research interests include designing for resilience and climate change. She currently runs a design research studio which investigates how landscape infrastructures can be designed on the Nepean River floodplain to support urban settlement and accommodate flooding.