Years of protest in WA has catalysed one of the key political issues in that state’s election on 11 March. The protests relate to a proposed highway extension that threatens to cause untold damage to the Beeliar Wetlands.

One of the flashpoints in the March Western Australian election is the Perth Freight Link, a policy to improve the access for trucks to the port of Fremantle. This includes an extension to Perth’s Roe Highway, known as Roe 8. The plan has met with years of protests by local government, environmentalists and residents who are concerned about the economic, social and environmental issues associated with the development.

In particular, Roe 8 will cut through the Beeliar Wetlands, home to threatened ecological communities and migratory shorebirds. Labor and the Greens have long opposed this plan and have developed an alternative freight strategy. But this was discarded by the incoming Liberal government led by Premier Colin Barnett in 2008, which reverted to an older plan to extend Roe Highway.

Work has begun on clearing the site. However, a Senate inquiry report released on Tuesday recommended that action be suspended. WA Labor has promised to cancel Roe 8 and the Perth Freight Link project, while the Liberal Party is holding fast on the issue.

The controversy around Roe 8 has highlighted the lack of effective consideration of biodiversity values, not just at the Beeliar wetlands but across the city.

Why intact wetlands are important

In a recent radio interview, Premier Barnett stated that Roe 8 “will not damage the environment of the Beeliar Wetlands other than you will see a major road going between two lakes”.

This displays an ignorance of natural systems. Fragmentation is a serious threat to our remaining biodiversity, along with climate change and declining rainfall.

Wetlands aren’t swimming pools with neatly tiled boundaries. Wetlands function because open water areas are linked to their fringing vegetation and woodlands. This is how pollutants are filtered before the water passes into the lake, how turtles maintain sustainable populations by nesting in woodlands, and how they exchange genetic material with turtles in other wetlands.

Nor is it difficult to enable these linkages. Examples include refitting drains to become living streams, and creating wildlife corridors along road verges with natural vegetation and trees.

… more than 80% of the original wetlands on the Swan Coastal Plain has been lost to development since 1829.

It is essential that we retain our few remaining natural assets intact and enhance the connectivity between them. In assessing the Roe 8 proposal, the WA Environmental Protection Authority concluded that habitat fragmentation was a major issue of the development and that there was no easy solution to it.

Wetlands have been lost throughout the state. When the WA Environment Protection Authority released its State of the Environment Report in 2007 it noted that more than 80% of the original wetlands on the Swan Coastal Plain has been lost to development since 1829. Furthermore, it reported that wetland loss was continuing at an average rate of about four hectares (two football fields) each day.

Why is this happening? There are many reasons, but the principal one is a lack of will by the state government to implement its own policies on wetland conservation. The Bush Forever Plan – which aims to protect a comprehensive and representative system of Perth’s amazing biodiversity – is still incomplete nearly 20 years after it was drawn up. The government’s draft Green Growth Plan proposes a massive downsizing of the urban conservation estate. 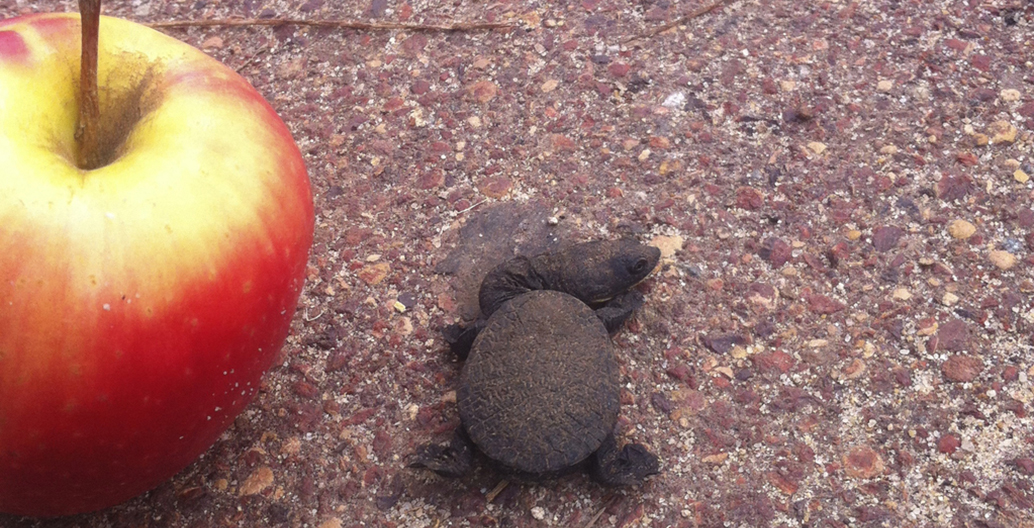 In 1997, the Coalition government released a Wetlands Conservation Policy for WA. It proposed many worthwhile measures, including a policy to protect wetlands from encroachment by urban and industrial development. A draft of this policy was released for public comment in 2005, but it has never been completed or implemented.

The only remaining protection they have is via clearing regulations, which are intended primarily to manage farming operations. Roe 8 was approved despite the fact that it breached the EPA guidelines on assessment. The state Court of Appeal ruled that the EPA and the government were not obliged to follow these guidelines.

The biodiversity of the Perth region is comparable to that of the whole of England.

More broadly, Perth sits in a biodiversity hotspot, one of 25 places globally that together contain nearly half of the world’s wildlife and a third of the plants, but cover less than 2% of the land. They are places with exceptional concentrations of species found nowhere else, which are now seeing exceptional habitat losses. The biodiversity of the Perth region is comparable to that of the whole of England.

The threat to Perth’s biodiversity is illustrated by the plight of the Banksia Woodlands, which once covered much of the Perth area. In September 2016, the Banksia Woodlands of the Swan Coastal Plain were listed nationally as an endangered ecological community, particularly due to continuing fragmentation.

With such an internationally recognised threatened treasure on our doorstep you might imagine that environmental protection in Perth would be among the best in the world, but you would be wrong. Instead, valuable ecological communities, fauna and flora are subordinated to short-term commercial and political interests.

Why should we care?

For many of us the concept of biodiversity is a pretty abstract one. You can recognise that a rainforest or the Great Barrier Reef is an amazing ecosystem. But how is biodiversity relevant to urban areas?

Why are areas of high biodiversity more effective? Because, unlike parks, natural ecosystems have diversity that changes constantly – birdsong and flowers that change with the season, a turtle heading off to nest, or the appearance of tadpoles sprouting legs and becoming frogs. This provides a new experience every time we visit.

If that’s not enough, natural areas like wetlands also provide a suite of “ecosystem services” that benefit the urban environment.

They improve aesthetics and amenity, increase property values, provide recreational opportunities, remove pollutants from air (by trees) and water (by wetlands and streams), reduce noise and wind, protect us from storm events through flood control, provide climate control (tree canopies reduce temperatures), and offer habitat corridors so you can enjoy birds and wildlife in your backyard.

For our cities to grow sustainably we must have increased density of housing, but we must also ensure quality of life by including quality public open space. Natural ecosystems need to be sympathetically integrated into urban development, to benefit people and wildlife.

Philip Jennings is Emeritus professor, Energy studies, Murdoch University. Philip Jennings is affiliated with the Wetlands Conservation Society and the Cockburn Wetlands Education Centre and the Beeliar Group of Professors for Environmental Responsibility.