Getting back to a “beautifully understood” landscape with Sam Cox

Landscape designer Sam Cox talks with Foreground about the legacy of his mentor the late Gordon Ford and the enduring relevance of ‘landscape naturalism’ in the era of climate change.

As the Australian linguist Don Watson notes in his Weasel Words blog, “‘towards a transformed sustainable future’ means…. whatever you would like it to mean – that’s what makes sustainability such a great word.”

Weasel Word or no, ‘sustainability’ isn’t part of Melbourne-based landscape designer Sam Cox’s vernacular: “No, I don’t like the word sustainability,” he says. “Native gardens necessarily are very resilient and obviously indigenous plantings are very resilient. I’d rather consider that as being an important element of the discourse.”

Cox will be speaking at the 2018 Australian Landscape Conference, staged in tandem with the Melbourne International Flower and Garden Show. Having been practicing for 17 years, the ‘landscape naturalist’ will explore the particularities of this approach to landscape design, and how it can be applied to the courtyard or quarter-acre block. The approach draws on a long history of genuinely environmentally sensitive design, stretching back far beyond the birth of the ‘sustainability’ buzzword.

“In a nutshell, landscape naturalism emulates nature as close as we can by using natural materials and soft edges without pretending that we’re simulating it – we’re just trying to create an essence, if you like, of the natural environment,” says Cox. “A European garden very much privileges a dominant view over the landscape, whereas I think one of the critical elements of a naturalist garden is to feel like you’re within it, and canopy is key to that.” 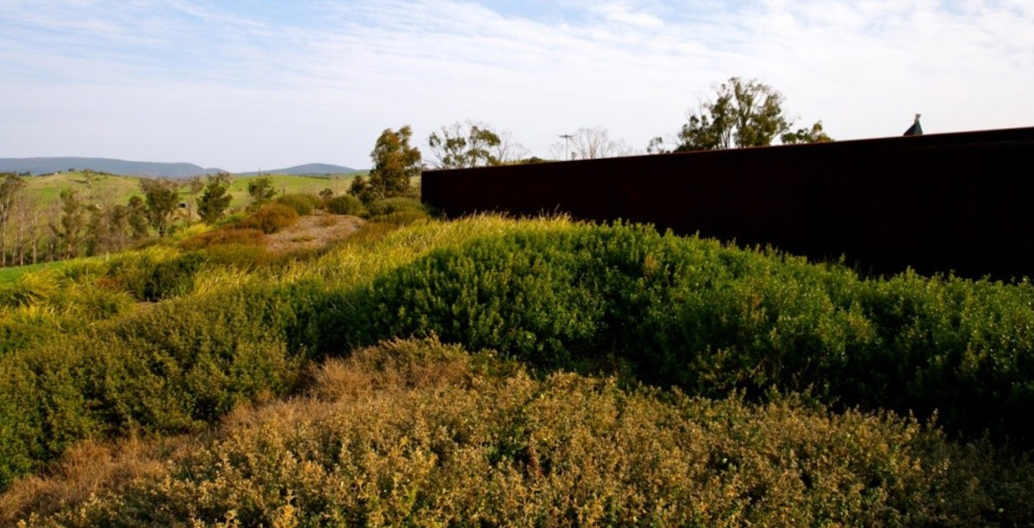 Cox chose colour gradients to softly blend in with the surrounding landscape. 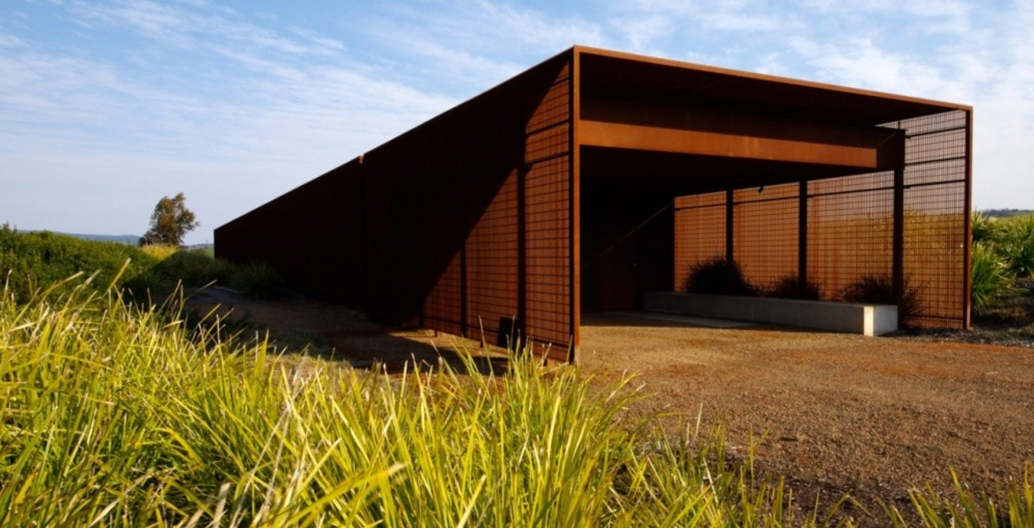 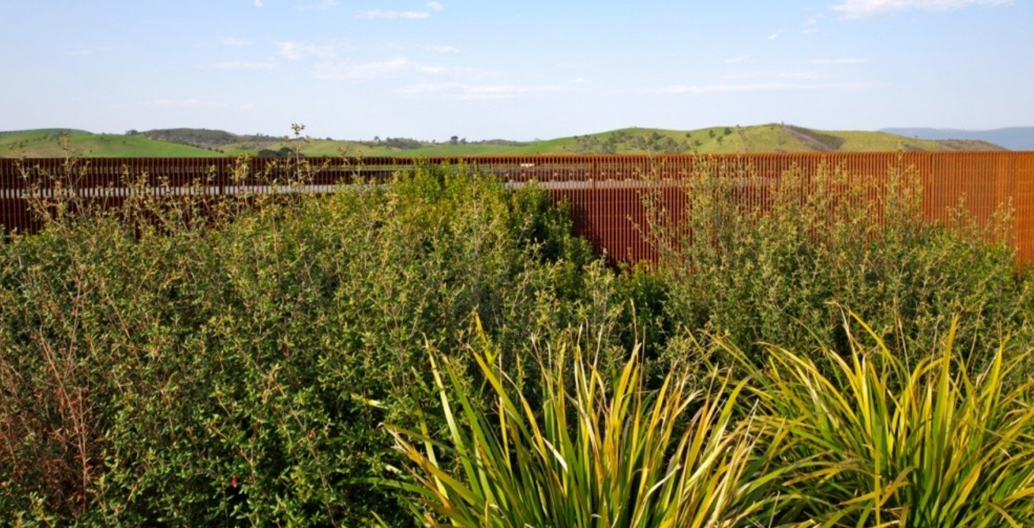 Cox designed low group plantings to follow the contour of the surrounding hills. 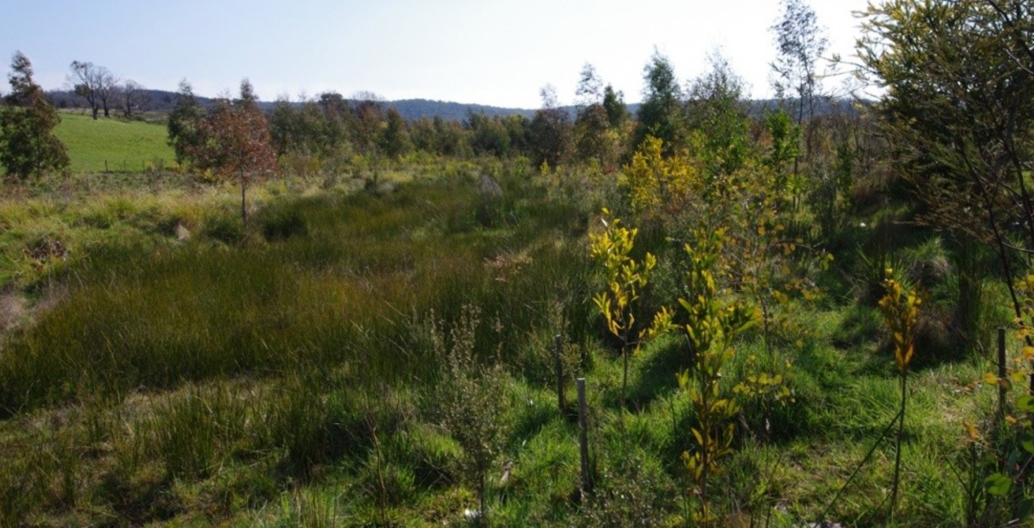 Having learned from the late landscape designer Gordon Ford, Cox’s work sits within a lineage of Australian naturalists such as the likes of Edna Walling and Ellis Stones.

“Ford as a figure was quite prominent in transitioning landscape design into a naturalistic way of seeing things. He used stone so that it didn’t end up looking like overt built form, using boulder steps as functional elements, for example – and I feel that changed the ‘feel’ of a space. So for all of the things that we talk about in naturalistic design, like having things connected with its surrounds, Ford was critical in making that transition.”

“I don’t pretend to have invented this style of landscape design – I’m purely a custodian of it. I continue Ford’s work in my own way, but I do feel like there is consistency with his work throughout everything we do still,” Cox says. “I was lucky enough to learn from him, seeing as he had spent about 48 years in the industry procuring local knowledge.”

In Victoria, Australia’s garden state, thirsty, European gardens have traditionally dominated in urban contexts, with early inner-Melbourne’s “green lungs” reflecting ornamental, English-style gardens. In some contexts, these gardens have proved to be quite resilient (even with the Millennium Drought) with Dutch Elms within Fitzroy Gardens being home to “oldest stand of mature elms anywhere on the planet”.

The resilience of these gardens is a product in part of careful stewardship, but very few private gardeners have municipal resources at their disposal. Instead, Cox says, people have begun to develop a greater literacy about what plants can work when and where, and as such, “indigenous plants have now become available more than they ever have before”.

“In Gordon’s time, there weren’t as many indigenous plants available at a commercial quantity, because back then it was about forestry,” says Cox. “But then revegetation work in ecology kicked into gear and so the need for local indigenous provenance stock became important. That coincided with a broader behavioural shift where people were getting local plants into their gardens instead of just having them on the periphery.”

“I think there’s been a transition from the classic old conversation about native plants being perceived as ‘scrappy’” – Sam Cox, landscape designer

The negative perceptions of native plants have their roots in darker aspects of Australian history, as the the first-wave of colonisation saw settlers “ontological shock” leading to the “ruthless environmental destruction” of early Australian landscapes. This was tied to a belief in terra nullius and a misrepresentation of Australia’s first peoples’ cultural practices as a “primitive hunter-gatherer lifestyle” formed the basis for dispossession. Thanks to ongoing research, the history books are only now starting to reflect the island continent’s true history, although the effects of this historical blind-spot are still being felt today.

“There’s always been a fear based off of indigenous landscapes, which comes from a history of European communities living in a then-foreign land,” says Cox. “When the Indigenous community was first taken away from the Melbourne district, it marked the beginning of a loss of knowledge about our environmental heritage, and over time, that’s probably been reinforced by a lack of knowledge about indigenous plants – in terms of selection and positioning.”

“When the Indigenous community was first taken away from the Melbourne district, it marked the beginning of a loss of knowledge about our environmental heritage” – Sam Cox, landscape architect 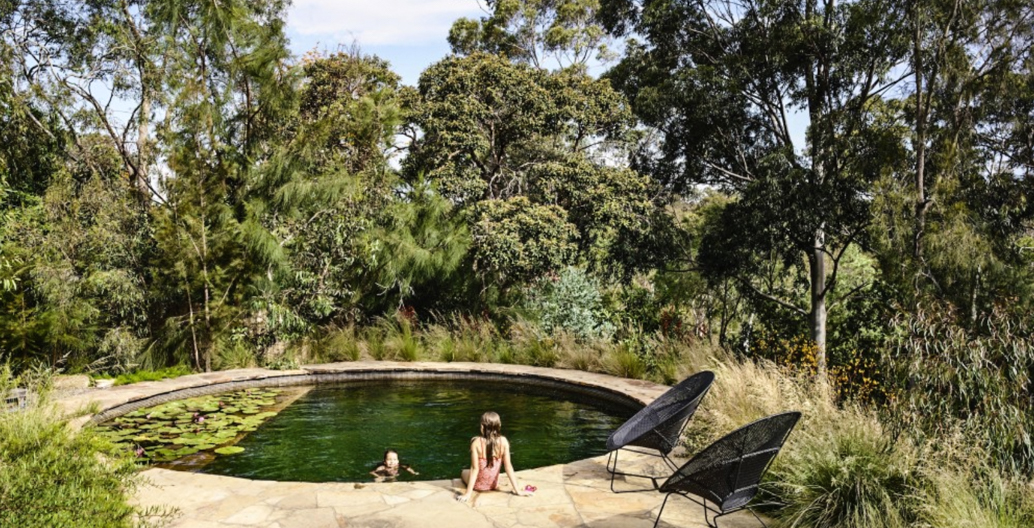 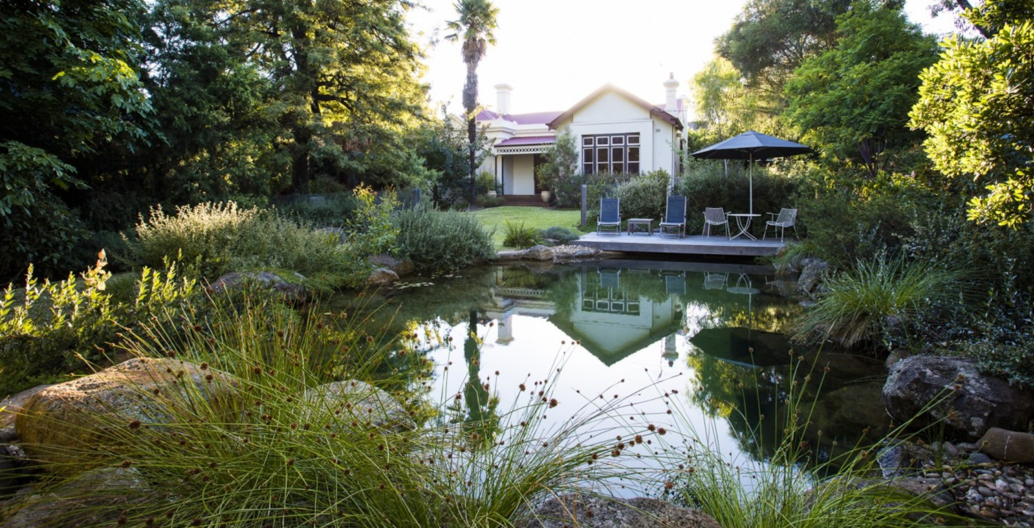 Cox says it’s become more common for clients to commission landscapes with a combination of natives and indigenous plants, as literacy about them has increased.

“It’s important to remember that the ‘natural’ environment that was discovered at settlement wasn’t natural at all – it was clearly maintained through systematic land management. It was a beautifully understood landscape that we’ve inherited.”

In the era of climate change, that kind of deep understanding and systematic management could become crucial if our landscapes are going to survive. As Cox notes, climate change is testing the resilience not just of introduced species but indigenous ones as well.

“I’ve had about two millimetres of rain recorded in my gauge since February, and now we’re in mid-March and even indigenous plants can’t manage that,” says Cox. “For me, climate change throws up climactic sudden shifts where gradual transitions are occurring less. This is the biggest influence of how landscapes perform, because now you’re having to manage transitions from extreme rain to zero rain.”

Sam Cox is a landscape designer who designs and builds native gardens in the Australian natural style. The Australian Landscape Conference runs from March 23-27, 2018.