Cape Town is almost out of water. Could Australian cities suffer the same fate?

The world is watching the unfolding Cape Town water crisis with horror. On “Day Zero”, now predicted to be just ten weeks away, engineers will turn off the water supply. The South African region’s four million residents will have to queue at one of 200 water collection points.

Cape Town is the first major city to face such an extreme water crisis. There are so many unanswered questions. How will the sick or elderly people cope? How will people without a car collect their 25-litre daily ration? Pity those collecting water for a big family.

The crisis is caused by a combination of factors. First of all, Cape Town has a very dry climate with annual rainfall of 515mm. Since 2015, it has been in a drought estimated to be a one-in-300-year event.

In recent years, the city’s population has grown rapidly – 79 percent since 1995. Many have questioned what Cape Town has done to expand the city’s water supply to cater for the population growth and the lower rainfall. 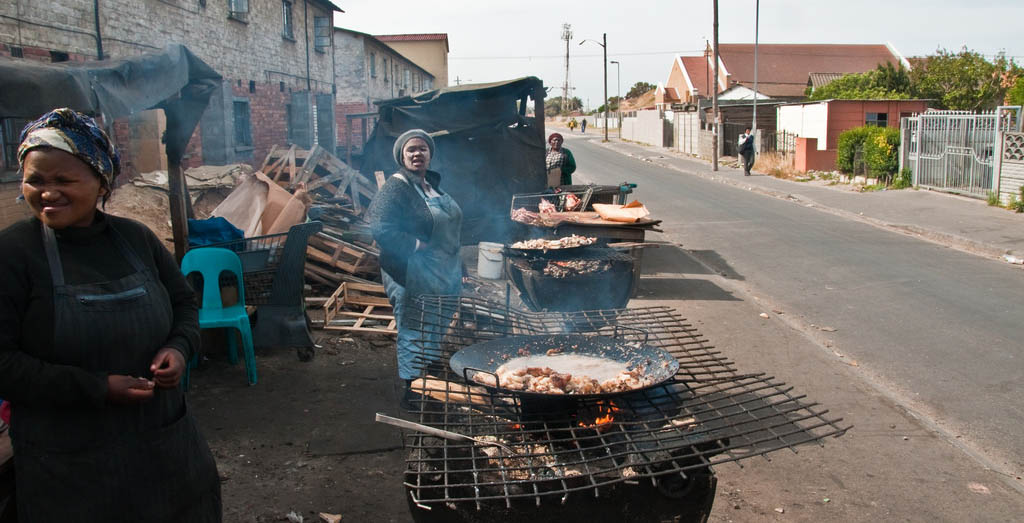 Life in Cape Town's townships will become harder, as water is rationed. The flow-on effects of the restrictions will hurt economically water-dependent businesses, from large to small. Image: Diriye Amey 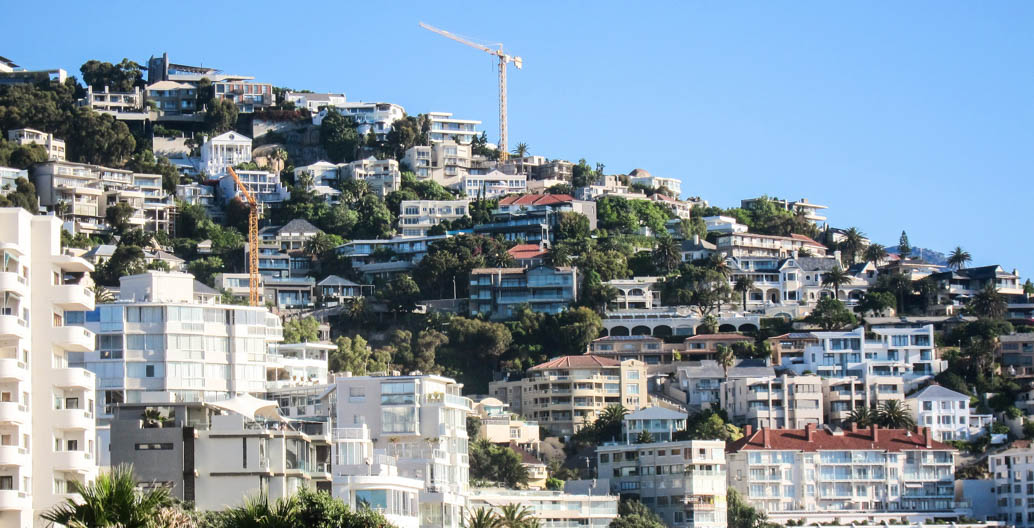 Much criticism has been levelled at Cape Town's affluent residents, home to pools and verdant gardens. Image: Jbdodane 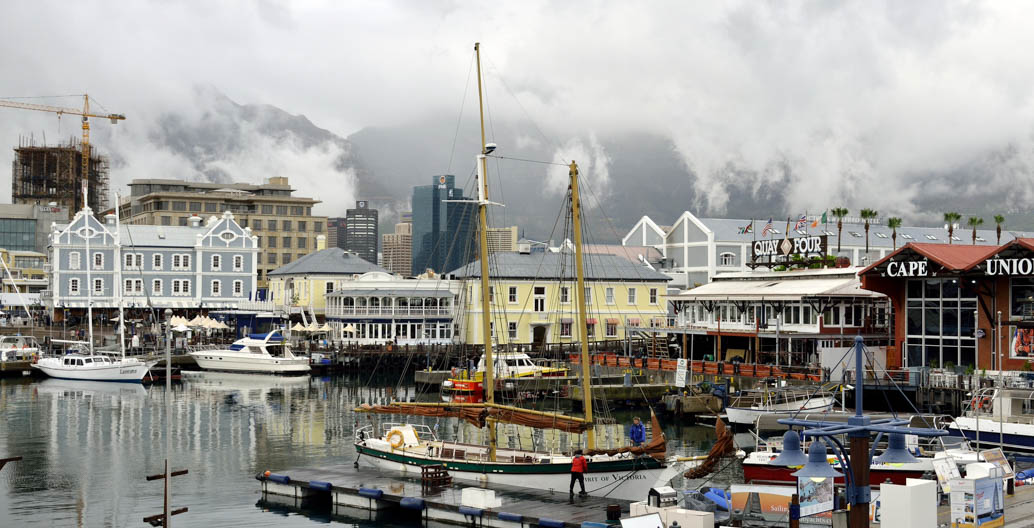 Could this happen in Australia?

Australia’s largest cities have often struggled with drought. Water supplies may decline further due to climate change and uncertain future rainfall. With all capital cities expecting further population growth, this could cause water supply crises.

The situation in Cape Town has strong parallels with Perth, Western Australia. Perth is half the size of Cape Town, with two million residents, but has endured increasing water stress for nearly 50 years. From 1911 to 1974, the annual inflow to Perth’s water reservoirs averaged 338 gigalitres (GL) a year. Inflows have since shrunk by nearly 90 percent to just 42GL a year from 2010-2016.

As a result, Perth became Australia’s first capital city unable to supply its residents from storage dams fed by rainfall and river flows. In 2015 the city faced a potentially disastrous situation. River inflows to Perth’s dams dwindled to 11.4GL for the year.

For its two million people, the inflows equated to only 15.6 litres per person per day. Yet in 2015-16 Perth residents consumed an average of nearly 350 litres each per day. This was the highest daily water consumption for Australia’s capitals. How was this achieved?

“Perth residents consumed an average of nearly 350 litres each per day. This was the highest daily water consumption for Australia’s capitals.” Perth is Australia’s most vulnerable city when it comes to water supply, yet it consumes the most per person each day.

Tapping into desalination and groundwater

Australia’s next most water-stressed capital is Adelaide. That city is supplementing its surface water storages with desalination and groundwater, as well as water “transferred” from the Murray River.

“Australia’s next most water-stressed capital is Adelaide.”

Australia’s other capital cities on the east coast have faced their own water supply crises. Their water storages dwindled to between 20 percent and 35 percent capacity in 2007. This triggered multiple actions to prevent a water crisis. Progressively tighter water restrictions were declared.

The major population centres (Brisbane/Gold Coast, Sydney, Melbourne and Adelaide) also built large desalination plants. The community reaction to the desalination plants was mixed. While some welcomed these, others question their costs and environmental impacts.

The desalination plants were expensive to build, consume vast quantities of electricity and are very expensive to run. They remain costly to maintain, even if they do not supply desalinated water. All residents pay higher water rates as a result of their existence. Melbourne’s Thompson Dam at its lowest level in 2008, a dam that contributes 60 percent of the city’s water supply. Image: Melbourne Water.

Many Australian cities also store very large volumes of water in very large water reservoirs. This allows them to continue to supply water through future extended periods of dry weather.

Cape Town’s largest water storage, Theewaterskloof Dam, has run dry, but the city’s total capacity is small compared to the big Australian cities’ reserves. The three largest cities (Sydney, Melbourne and Brisbane) have built very large dams indeed. For example, Brisbane has 2,220,150 ML storage capacity for its 2.2 million residents. That amounts to just over one million litres per resident when storages are full.

In comparison, Cape Town’s four million residents have a full storage capacity of 900,000 ML. That’s 225,000 litres per resident. Cape Town is constructing a number of small desalination plants while anxiously waiting for the onset of the region’s formerly regular winter rains.

Dr Ian Wright is a senior lecturer at Western Sydney University, whose research interests include freshwater ecology, water chemistry and water pollution (science and management). Ian has a long standing interest in the impact of urban development and mining on streams and rivers. He has provided independent expert testimonies for environmental science matters for the NSW Land & Environment Court and is an enthusiastic participant in community engagement activities in water science and management projects.