The perfect match for Cairns Esplanade

A lighting upgrade for the popular Cairns Esplanade has dramatically improved the quality of light, aesthetic appeal and energy consumption.

Fogarty Park, located at the southern precinct of the Cairns Esplanade between the Pier Marketplace and Pacific Hotel, now boasts the WE-EF CFT540 LED street and area luminaire. It comes after several years of collaboration between WE-EF sales partner in Queensland Raylinc Lighting and the Cairns Regional Council.

The Fogarty Park was part of the original Cairns Esplanade Development project completed in March 2003. The park features an outdoor entertainment area and performance space. A pedestrian footpath was originally constructed around the perimeter and also provides a pedestrian link to the Reef Fleet Terminal building.

The incumbent pathway lighting for the Cairns Esplanade and Fogarty Park precinct was approximately 13 years old and was lit by both 70 watt and 150 watt 4000 K metal halide circular indirect post-top luminaires. 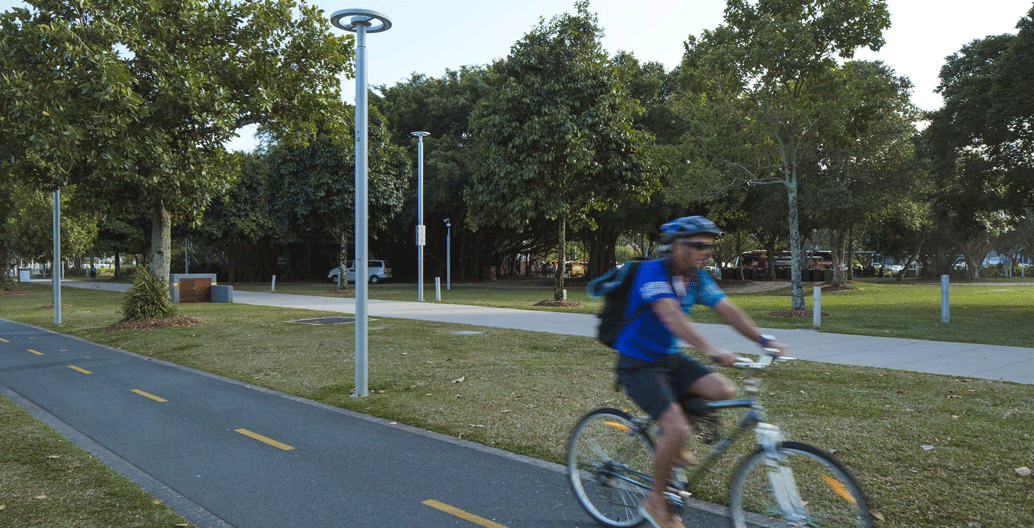 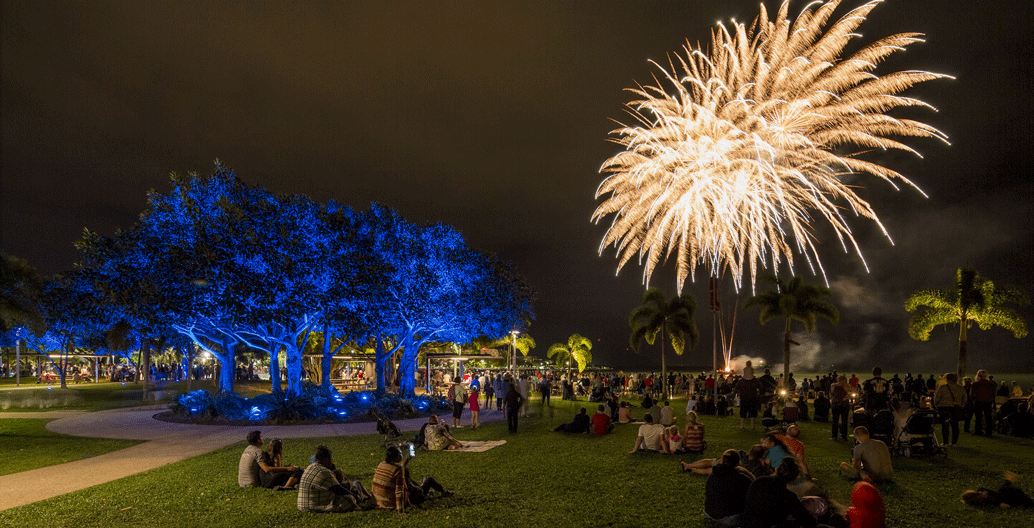 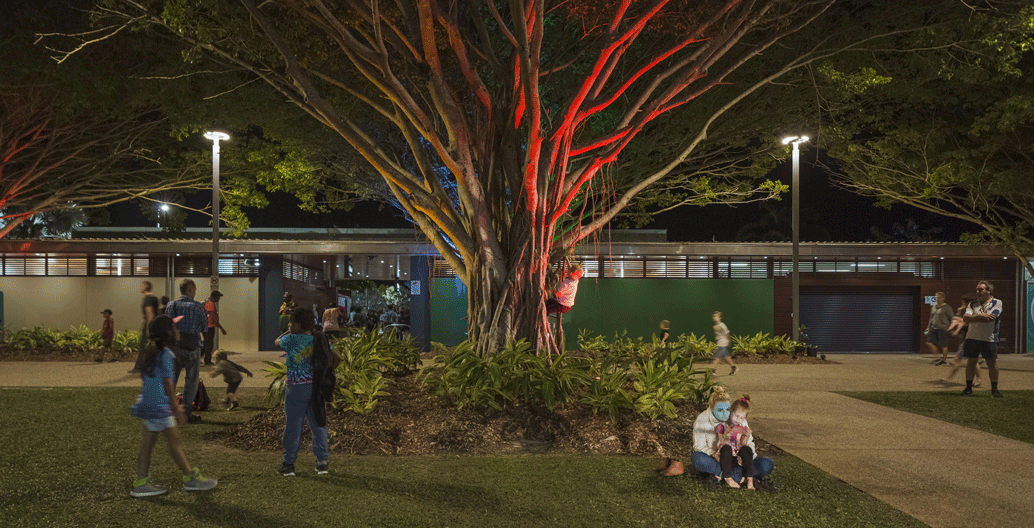 “As the Council was upgrading the space to make it look more appealing by using coloured inground lighting, we found they had existing metal halide post top luminaires for the park pathways which had to be maintained. So it was costing a bit of money,” said Raylinc’s Chris Tame.

The incumbent solution was a popular ring shaped design and the Council was seeking to retain this aesthetic. “With the WE-EF product range we could provide all the cost and efficiency savings but visually the Council didn’t accept it – until the CFT luminaire came along,” said Tame.

Cairns Regional Council initially deployed the CFT540 luminaire in a street application as it gave them flexibility to have a high wattage for a specific lighting category and then dim the fitting to meet a different category.

“What we didn’t want to do was wash out the architectural features of the buildings around the place or the other lighting we were trying to do in that space,” said Chris.

“The Council loved that solution… One of the Council representatives said this would be a perfect match for The Esplanade.

“Our proposal to the Cairns Regional Council was based on a staged installation to upgrade the Fogarty Park zone by replacing all of the luminaires only whilst utilising the existing columns with the new WE-EF CFT540 series LED luminaire,” said Chris. He explained that the roadway lighting running parallel to the Esplanade uses 4000 K white light, so his suggestion to the Council was to use 3000 K warm white light to provide a distinct visual contrast between the pathway and roadway.

“We were able to maintain the existing lighting levels but halved the energy use,” said Chris, adding that the CFT installation saves the Council the need to replace lamps regularly and repaint the post top luminaire itself in the future.

The benefits of using the CFT540 series luminaire for this project are numerous: the park’s overall visual appeal increased thank to the new luminaire and the energy efficiency improved due to the lower system wattages of the lighting solution. The compact design of the CFT540 LED luminaire proves to be highly impact resistant which is critical in an open location used by different community members.