Research consistently shows that our cities are going to be faced with more extreme flood events. When coupled with unprecedented population growth and subsequent increased urban densities, UTS’s Rob Roggema argues we’ve got some work to do.

It’s March 2018. A massive storm has hit Sydney’s northern beaches. Luckily no one is hurt, but the floodwaters take days to drain away and the economic impact is serious.

Reporters will tell the story over and over again: How much damage this torrential rain caused. But where have we heard that before? Well, the list includes: both Queensland and New South Wales this year, Sydney in 2016, Gold Coast in 2015, Bundaberg in 2013, Queensland in 2012 and Brisbane in 2011.

We are starting to understand we will be hit by ever-increasing storms and floods. The risk is especially high in years when La Niña makes her appearance.

We also know good urban design can reduce her impacts.

Spaces need to be created in the city for storing water during and directly after a flood.

Measures to soften the blow

Sydney’s Green Grid is planned to increase the resilience of the city and its residents against flooding and other climate impacts. The grid is designed to connect hydrological and ecological systems or, better, to reconnect these systems to boost their capacity to deal with sudden and severe impacts.

Spaces need to be created in the city for storing water during and directly after a flood. This will stop water from drowning people, flooding houses or destroying public property. These storages can take the form of water squares, temporary storage on ovals or parking areas, basins or gardens on rooftops, and swales along roads.

These measures are well known to be effective and together form an urban sponge system. All we need to do is to create more of these places to increase the capacity to take up water, then release it when safe to do so.

In every city certain areas play a crucial role in increasing, or not decreasing, water-storage capacity. These areas are on the edge of the waterscape and the cityscape. Increasing water storage here prevents bigger problems elsewhere. 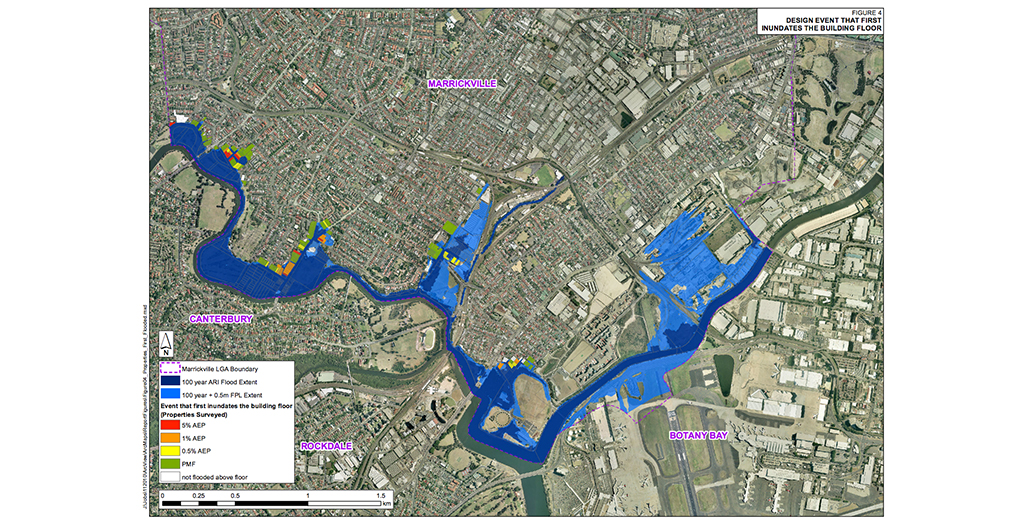 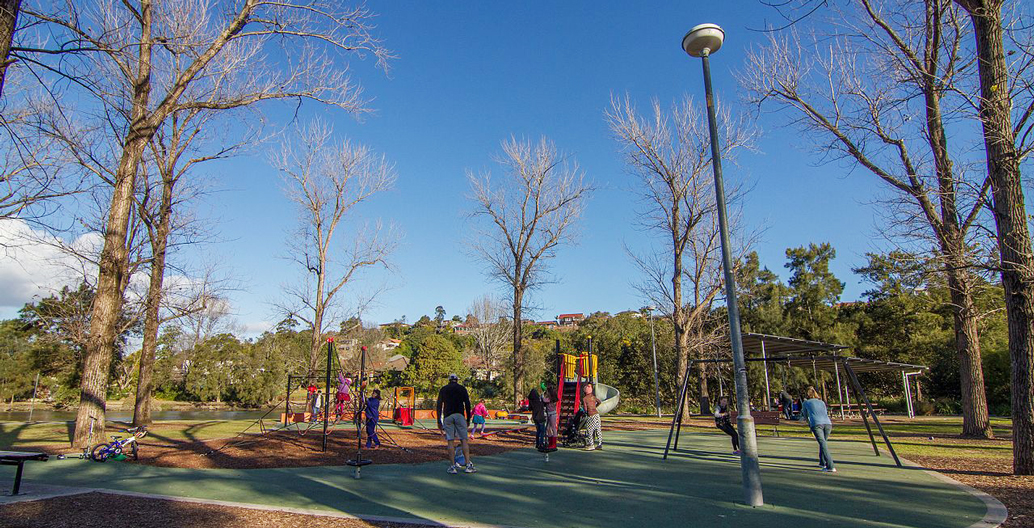 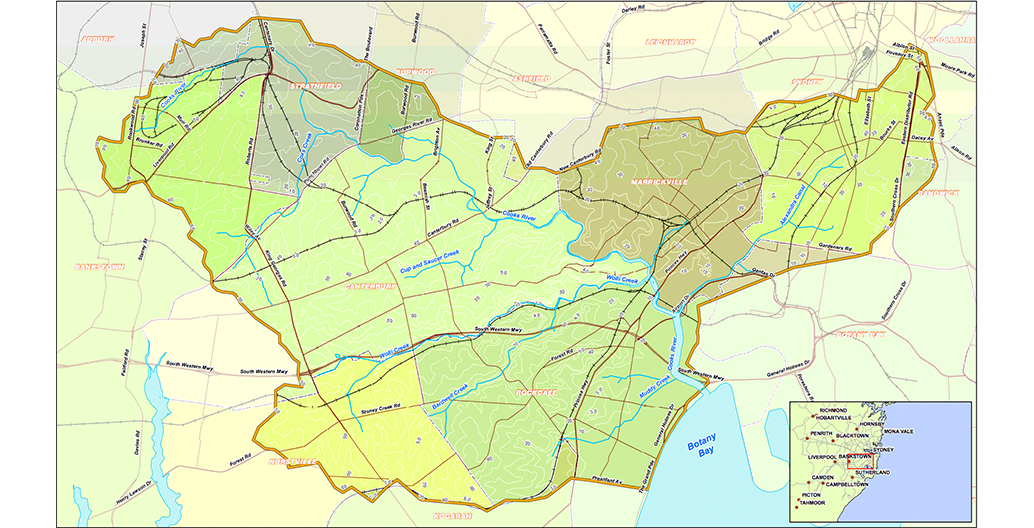 What this means for Marrickville

If these places become built-up and can no longer effectively store floodwaters, the impact downstream is disastrous. Carrington Road in Sydney’s Marrickville is a prime example. This inner-city area flooded in 2012, leaving cars floating, houses flooded and people’s belongings lost or ruined.

The analysis and the facts are clear, even neatly mapped out by the New South Wales state government. No misunderstanding there. The safest option is not to build up this area.

However, if Sydney wants to become a global city, we need to get used to urban environments with higher densities – these have all kinds of advantages. Immediate benefits include better public transport, higher level of amenities and proximity to a dynamic economic environment which generates jobs for the local population. Higher density also prevents occupation of green spaces outside the city and unnecessarily long commuting times for people housed even further away from the city.

This means no densification of existing neighbourhoods is a poor option. However, a proposal to build 20 buildings with 2,600 units in the flood-prone zone in Marrickville has raised eyebrows.

The local council is opposing the “monstrous” scale of the development. The state Labor opposition has joined the battle against this “mega-apartment project”.

But much of the opposition is not for the right reasons. The Inner West Council’s Carrington Road area planning proposal seems to prioritise density over flood risk. When the Cooks River overflows again, as it will, the floods will be even more severe.

Planning should be aiming to create a symbiotic situation, in which a higher-density development and flood mitigation are complementary. The challenge is to marry two seemingly contrasting ambitions: to increase density and yet not increase the vulnerability to floods.

Planning should a create symbiotic situation, where density and flood mitigation are complementary. 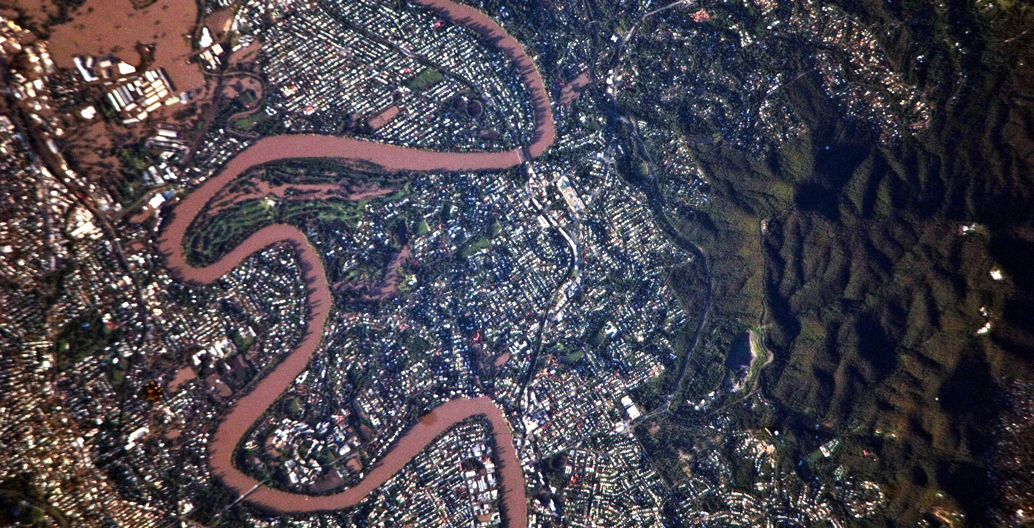 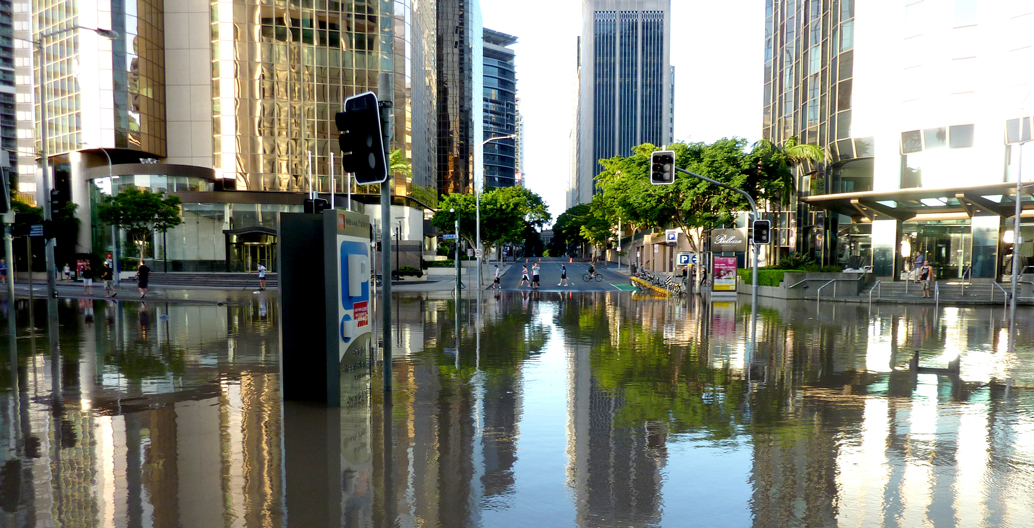 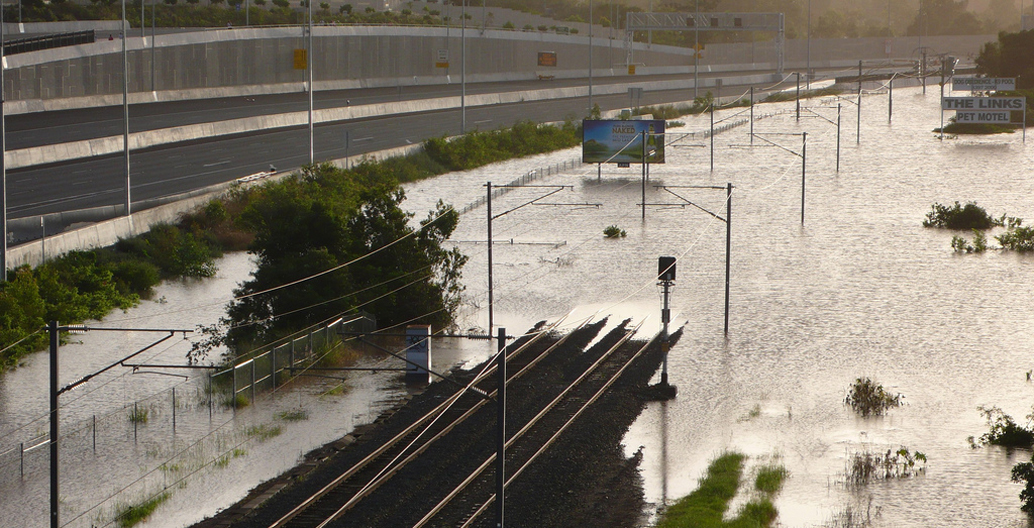 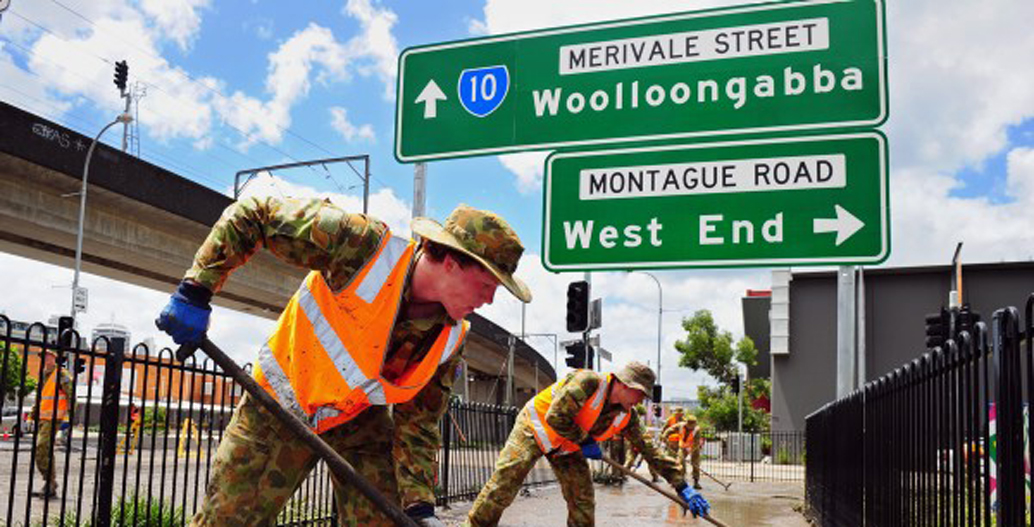 Well-structured density makes all the difference

To achieve this, the first consideration would be to see the area as a flood reservoir where water can temporarily be stored. If this reservoir is then also used to clean rain runoff and grey water from the apartment buildings, it would function as a green space, water treatment and flood remediation space all at once.

What if one large natural wetland could be created, which could capture the water from the Cook River during a flood, but could also clean the rain and grey water from the buildings? The new buildings would not have to suffer from hazards such as flooding because the site design has anticipated the risk.

As an example, imagine a Borneo-Sporenburg type of setting in which the water space surrounds the built-up area. Even with mostly low-rise housing, the development could still reach a high density of around 150 dwellings per hectare.

Applied to Carrington Road, this would imply around 1,200 dwellings can be built in a low-rise setting. Adding two internal superblocks to this development would create another 500 units and only one high-rise building (instead of 20) would then be needed to make it to 2,600 dwellings in the whole development.

The new neighbourhood could form a very sustainable, almost circular system in which waste water, waste heat and waste materials could all be reused for the apartments and dwellings, and in the wetland reservoir. This way the wetland becomes an attractive green space for residents to use. It’s then a green space that not only accommodates the eventual flood, but also regulates the temperature of the urban environment, creating cooler places in summer.

An interesting milieu could emerge here. If the buildings were built on stilts and lifted above the reservoir, wildlife, ecology and water could exist undisturbed under and around the buildings. The result would be a flexible infill development that preserves green and public space, and which is ready for extreme weather or climate conditions.

Rob Roggema is an international renowned design expert on sustainable urbanism, climate adaptation, renewable energy landscapes and the design of urban agriculture. He has held positions at several universities in the Netherlands and Australia, state and municipal governments and design consultancies. In December 2016, he was appointed Professor of Sustainable Urban Environments in the Faculty of Design, Architecture and Building at the University of Technology Sydney (UTS).