Privately-owned public spaces are increasing in cities. But while this is leading to some troubling outcomes, Claire Martin wonders just how useful binary divisions of public versus private actually are in managing our environment.

[This is an excerpt from Kerb 27: Selective Perceptions. Kerb is an annual cross-disciplinary design journal produced through the department of landscape architecture at RMIT University School of Architecture and Urban Design and this excerpt is reproduced here with its permission. Click here to order your copy]

Urbanisation and neo-liberal globalisation have brought privately-owned public spaces to the fore as spectacularised products of, rather than antidotes to, the city. In the context of burgeoning urban populations, reductions in access to public space, ecological threats and dwindling municipal budgets, how can we move beyond the binary of public and private space?

The historical western context for the privatisation of public space dates to landlordism and the enclosure movement of seventeenth- and eighteenth-century England, which continued into the next century with the creation of London’s fenced garden squares. By the mid-twentieth century privately-owned public spaces were most commonly understood as urban forecourts, commercial plazas, through-site links and open spaces. Spaces like the Seagram Building Plaza, studied by William H Whyte in the 1979 documentary The Social Life of Small Urban Spaces, began to emerge as developers traded floor area for generous zoning concessions and uplifts. By the 1990s, the twin phenomena of deregulation and urbanisation had led to a reduction in the number of public buildings and an escalation of the large-scale corporate ownership of previously publicly accessible spaces.

In the North American context of philanthropy, private donations previously earmarked for education and cultural institutions have begun to flow to open space. In 2012, John Poulson made a single donation of US$100 million to New York’s Central Park. Similarly, donations to the High Line have now exceeded over US$150 million. But, like bequests to cultural institutions before them, they tend to benefit parks that can generate the most revenue. The much-lauded High Line has both captured the public imagination and created unrealistic expectation – attracting three million visitors a year, but at an annual operational cost of US$3 million. Similarly, the iconic Millennium Park in Chicago cost US$500 million to develop and costs US$6 million a year to operate. Both parks rely almost entirely on private or self-funding for their ongoing operation.

In 1995, Mark Moore from Harvard’s Kennedy School posited that public value refers to the “value created by government through services, laws, regulation and other actions”. His study established numerous ways to define the dimensions of public value including social and cultural value, political value (democratic dialogue and public participation), ecological value and social value, and the protection of citizens’ rights. But Moore also argued that it is not who produces public value that makes it, instead, it is a matter of who consumes it, distinguishing that ‘private value [is] consumed individually … whereas public value is consumed collectively’. The High Line in New York is a public space that needs private support to survive. Image: David Berkowitz (cropped) 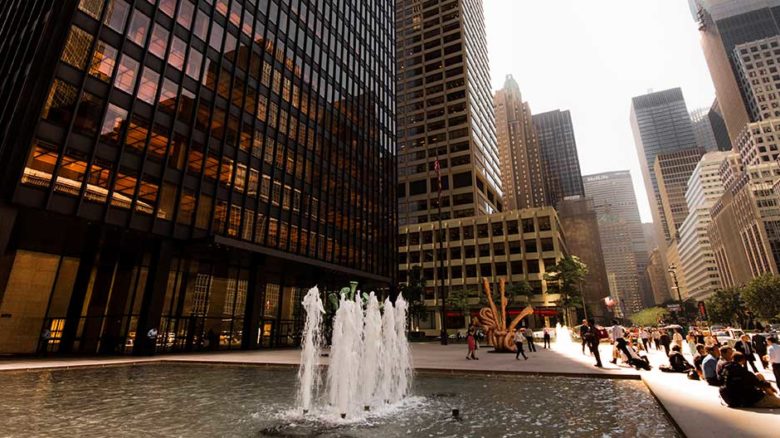 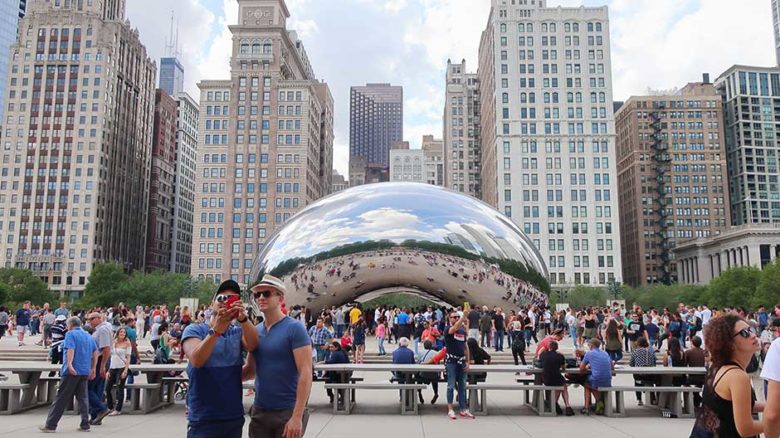 Ownership and uncertainty – a context for change

It is the coalescence of the private ownership of large swathes of our cities and the existential threat of climate change that demands the reconceptualisation of the role of privately-owned public spaces and the unlocking of their true public value. Ecological systems don’t discern between the binary oppositions of public and private, and no single government agency, private corporation or professional discipline can deal with this complexity. We can’t design our way out of massive uncertainty but we can advocate, innovate and legislate to put the environment, and not just people, at the centre of place making. In the context of cognitive dissonance, we need to engage citizens in the fundamental decisions that are being made about our public realm, and in difficult conversations about the future of our cities.

Public space is an integral part of our networked cities whether for recreation, movement, habitat or a sense of place. It is through a desire to see more meaningful, site-specific development contributions that new modes of governance have emerged.

Collaborative planning better acknowledges the importance of involving multiple stakeholders. Brand and Gaffikin, collaborative planning theorists, suggest that some people see “the increasing hegemony of neoliberalism… less in terms of de-regulating and privatizing the public realm, but rather as dismantling old divisions between state and market to accommodate new synergistic partnerships.” Governance structures are shifting, with the formation of such entities as the Greater London Authority (GLA) and the Greater Sydney Commission (GSC) that promote the integration of different levels of government decision-making.

The evolution of planning mechanisms, whether codified or discretionary, incentivised or mandatory, has necessitated rigorous needs assessments that have the potential to diversify public space typologies and improve both qualitative and quantitative landscape performance and character. Examples include Seattle’s Green Factor, China’s Sponge City and the London Plan. In January 2019, the Mayor of London, Sadiq Khan, confirmed that work had begun on the Public London Charter, which will be published alongside the new London Plan, setting out “the rights and responsibilities for the users, owners and managers of public spaces irrespective of land ownership.” He had emphasised that privately-owned public spaces “should be open, free to use and offer the highest level of public access… [and only have] rules restricting the behaviour of the public that are considered essential for safe management of the space.”

“Landscape [can be re-conceived] as a new public institution not defined by the ideologies of neo-liberalism, colonialism and professionalism… but instead mandated by the public through rite and ritual” – Claire Martin @OCULUS_PROJECTS

There has been a gradual shift to Integrated Development – or more systems-based approaches – which is the delivery of strategic and local infrastructure, ensured by public, private, community and voluntary sectors planning and working together. In the United States, Community Development Corporations (CDCs) are non-profit, community-based organisations focused on revitalising local areas that, as Gustav Spohn explains, “function somewhat like private developers but are governed by the community … [their] boards of directors are typically composed of community residents together with experts who advise them on the technical aspects of fund-raising and development projects. They depend heavily on [both] government and private philanthropic funds, which in turn leverage financing from banks and other investors, their goal is not to turn a profit but to generate economic renewal.”

The American city of Seattle heralded several, now superseded, Community Owned Public Space strategies that serve as enduring benchmarks, including neighbourhood matching funds and parks levies. Neighbourhood matching funds occur all around the world and support neighbourhood-based groups that ‘want to make creative improvements to local public land … actively involving the community and building neighbourhood connections’. Community groups are provided with funds based on demonstrated, equivalent contributions from volunteer labour, in-kind donations and other funding sources and are scalable as a model. The park levy initiative was used to fund the acquisition, development, environmental stewardship, maintenance and programming of parks, and required regular voter approval as well as oversight of how the parks were being managed.

We need to engage with procurement and governance of public space in a context of uncertainty by placing more emphasis on the instrumentality of landscape to enable citizens to democratically engage – to truly convey what they value. By understanding how inextricable and interdependent the social, cultural, ecological and economic measures of public value are, we can re-conceive of twenty-first century privately-owned public spaces as landscape ordinance. Landscape as a new public institution not defined by the ideologies of neo-liberalism, colonialism and professionalism that maintain existing power relations, but instead mandated by the public through rite and ritual.