Common ground: how deliberative development could transform our suburbs

New forms of collective living have arrived in Melbourne, thanks to ‘deliberative development’ – a designer- or owner-led property development process. But while the model has produced successful buildings, some think a greater focus on landscape could see it have a much broader impact.

Melbourne is witnessing a return to collective ways of living via ‘deliberative development’ – a development model in which the designer or future owner-occupiers of a multi-residential property take on the role traditionally held by a speculative developer. The focus of those groups employing the model so far has been the development of buildings – specifically, medium-density apartments. The open question is whether it might have more to contribute beyond the walls of private dwellings, by considering the wider urban context.

A recent panel discussion, co-hosted by the Australian Institute of Landscape Architects and Melbourne’s MPavilion, examined this question. It explored what the discipline of landscape architecture might bring to deliberative development, particularly in lower-density contexts, uncovering two key precedents in Melbourne, one of which was initiated right back in the 1970s and another of which is currently taking shape in regional Victoria. 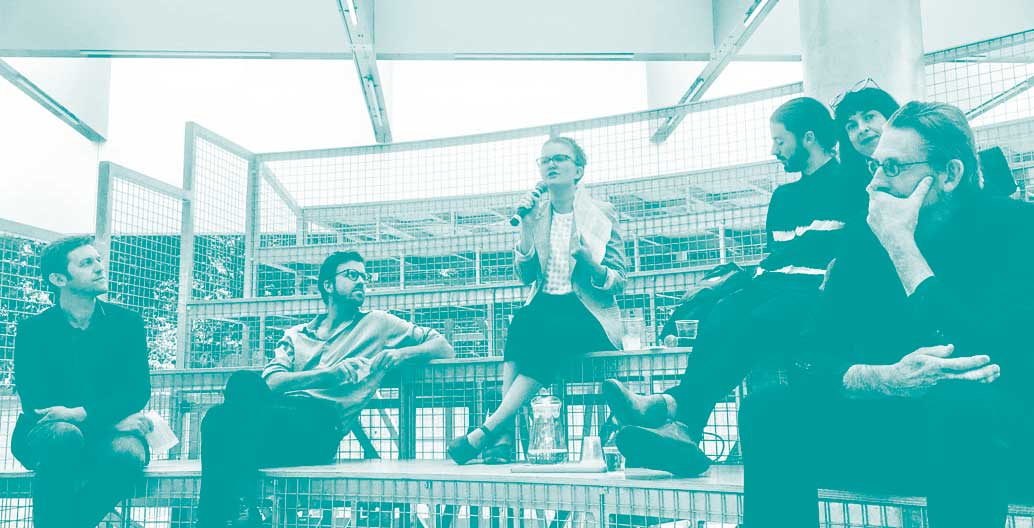 What is deliberative development?

Deliberative development projects empower occupants in both the development and design process and, as reflections of those processes, their design outcomes realise new ways of residing, working and socialising in cities.

‘Deliberative development allows for generosity in multi-residential construction,’ describes panellist Andy Fergus, an urban designer at the City of Melbourne. ‘This is all but precluded in market developments because of the financial system in which they operate.’

In the absence of a speculative developer, overall project cost is typically reduced by 25 to 30 percent, money that can be reinvested towards affordability, shared amenity and design quality. Design outcomes tend to reflect strong environmental values (construction methods and materials with low environmental impact, energy efficiency, natural light and passive ventilation, reduced car dependency) and community values (a degree of communal living space, such as shared gardens, laundry facilities, workshops and co-working spaces, collective decision-making, and links to public facilities, services and spaces).

“Deliberative development allows for generosity in multi-residential construction. This is all but precluded in market developments because of the financial system in which they operate.” – Andy Fergus, @cityofmelbourne

In Melbourne, deliberative development has garnered attention in the popular press thanks to Nightingale Housing. Nightingale, a designer-led process, has introduced a significant new housing paradigm to the city and revealed a demand for liveable, comparatively affordable inner city apartments that the housing market has largely failed to meet.

The panel, however, saw a need to stretch the potential of deliberative development beyond medium-density apartments in the inner north. Brighid Sammon, senior urban planner at Hansen Partnership, argued, ‘Deliberative development needs to be nurtured, celebrated, critiqued, made better and enabled to be realised more broadly—all the way across Melbourne.’

‘While deliberative development is currently in an understandably fledgling stage, the next step is to upscale and make it available for more people,’ said Fergus. 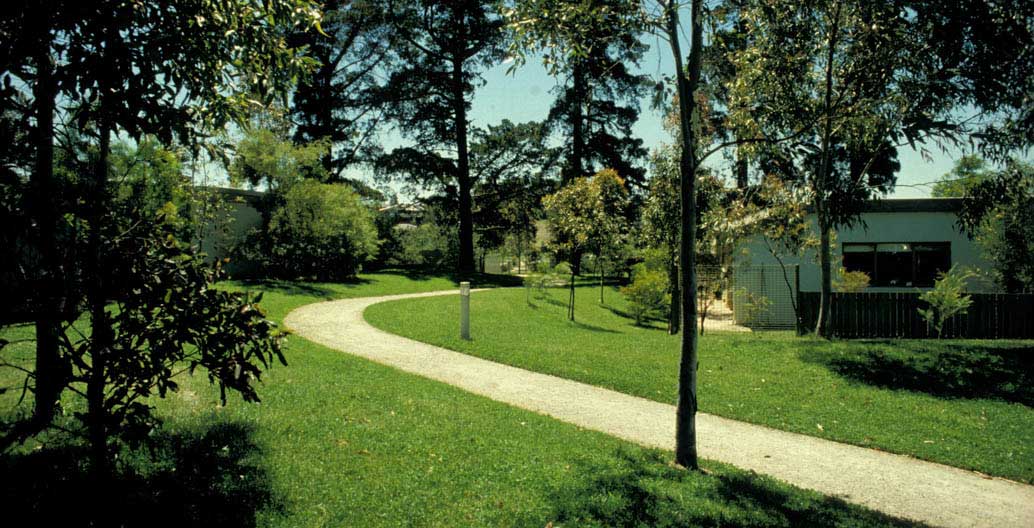 A lineage of landscape-driven development in Melbourne

Vermont Park and the Paddock show what a landscape-led development can achieve —both allow for a greater focus on site and ecological systems, more substantial and varied public spaces and better environmental performance.

The master plan for Vermont Park uses landscape as a connective parkland infrastructure that shapes community space even while it shields private space, and carefully integrates the buildings and streetscape with their environment.

At the Paddock, the Living Building Challenge (LBC), an environmental performance standard for buildings, has driven the project, ensuring landscape  considerations were integral to the project. These include the development’s ‘biophilic’ qualities (how it is oriented to natural systems) and sensitivity to ‘human scale and human place’ (the intuitive interaction between people and their environment). Emergent Studios worked with the site’s existing vegetation, hydrology and topography to build a connected pedestrian environment, gradients of private and social space, an integrated drainage and wetland network, productive agricultural areas and diverse community spaces.

The landscape focus of both Vermont Park and The Paddock has allowed for a greater range of private indoor and outdoor spaces as well as more diverse community spaces and infrastructure; from pools and parks at Vermont Park, to workshops, sheds, electric bikes and flexible recreational spaces at the Paddock.

The lower density sites of both developments allowed their designers to address a broader set of performance standards. According to panelist Rodney Wulff, founding director of TRACT, the cluster subdivision approach at Vermont Park ‘evolved from overseas models, like the British New Town and American planned unit developments of the mid-twentieth century’. These involved principles of increased density, efficient land use, strategically grouped buildings, and simplified road systems. At The Paddock, meanwhile, through engagement with the LBC, Emergent Studios achieved food production, net positive water and net positive waste metrics.

“Until we have a planning system that truly supports the non-speculative model and sustainability over car parking or the person who can afford to pay the most we’re never going to move forward” – Brighid Sammon, @Hansen_Partners

So why aren’t we seeing more types of deliberative development?

The need for planning reform in Victoria is urgent, according to the panellists, as Melbourne’s apartment planning policy significantly disadvantages non-speculative developers.

‘Until we have a planning system that truly supports and prioritises the non-speculative model and sustainability over car parking or the person who can afford to pay the most we’re never going to move forward,’ said Sammon. ‘The reality is it’s easier to do something badly then it is to do some amazing – we’ve created a system that expects the acceptable and cannot handle the exceptional.’

One of the biggest challenges to getting ‘non-standard’ developments off the ground is financing. Currently, deliberative development projects are delivered through a range of financing models that tackle the prohibitive upfront costs (i.e. site acquisition, planning and consultancies). Nightingale Housing, for instance, represents a social impact investment model, where financiers contribute capital to acquire a site, at which point the architect-developer can engage with the forthcoming project’s waitlist. The Paddock, on the other hand, involves a buyer’s workshop, where a developer finances the project and potential future owner-occupiers may choose to invest a deposit after participation. From there, the design is delivered in phases. With future projects, there may be potential opportunity to trial alternative financing models, which may ultimately contribute to a more equitable, affordable outcome. ‘We could start to use this model through, say, government requiring projects to cross-subsidize and incorporate affordable housing, in exchange for an extra floor in height,’ proposed Fergus. ‘The interesting thing about deliberative development projects is that they’re more willing to collocate with affordable housing than conventional development.’

Finally, several of the panellists pointed out the importance of establishing trust and dialogue with local councils. Panellist Matt Hamilton, director of Emergent Studios, described how the practice worked carefully with Mount Alexander Shire Council from the master planning phase of the Paddock. ‘We informed Council that we were working to the LBC framework. We said, “We’re going to be doing things you haven’t seen before. It’s going to challenge the Council, your engineers, your traffic engineer, your landscape officer and your parks officer. So let’s all get in a room and have a dialogue.’ The studio held three meetings with the Council, prior to submitting the town planning application, in addition to a community awareness meeting. ‘In the end we got our permit, but that dialogue was the place to start. Now, if another challenging project comes through that council, they’ll be able to take it on board much more easily.’

Jen Lynch is a landscape architect at TCL. She tutors at RMIT University and the University of Melbourne.

Listen back to the event below.